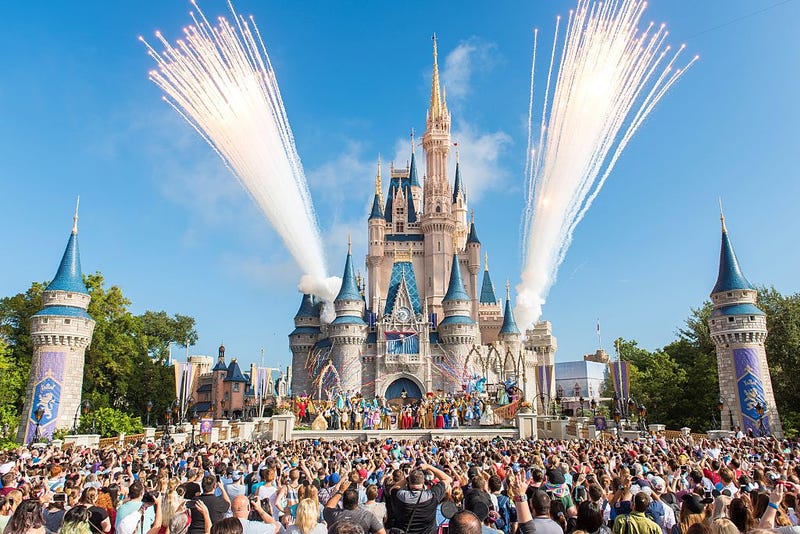 (WYCD) - After spending a day trying to keep her 3-year-old entertained while waiting in ridiculously long lines, one mother has come up with an idea to combat overcrowding at Disney World: Ban "childless" couples.

In a rant posted on Facebook, the unnamed woman says she's sick of seeing "childless couples" at Disney World. She writes, "IT P*SSES ME OFF TO NO END!!!!! When I see CHILDLESS COUPLES WITHOUT KIDS AT DISNEY WORLD!!!! DW is a FAMILY amusement park!!!! yet these IMMATURE MILLENNIALS THROW THEIR MONEY AWAY ON USELESS CRAP!!!" Her solution? "People without CHILDREN need to be BANNED!!!!"

The woman’s diatribe, which was reportedly posted back in September, is now reaching an all-new audience thanks to Twitter user Bad Decision Fairy, who shared a screenshot of the mom’s angry tirade last week.

“This is my new favorite wild mommy post,” Bad Decision Fairy wrote in her caption.

This is my new favorite wild mommy post. It’s me, the millennial slut who just goes to Disney World to make children cry pic.twitter.com/COokEiTdMm

The angry woman's plan has received little support from the online community. One person comments, "As a single person with no kids who goes to Disney World all the time, this is making me feel extremely powerful." Another points out that "a childless couple is still a family." While yet another offers advice to the woman: "Take a pill, lady!"