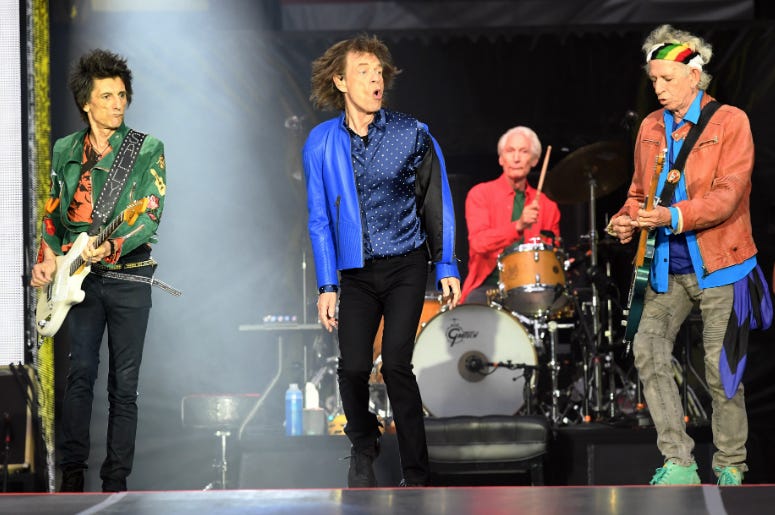 If this past weekend is any indication, The Rolling Stones could be gearing up to announce their return to the U.S.

The band's iconic tongue logo appeared at two NFL stadiums over the weekend prompting many to speculate that a tour announcement is coming soon.

On Saturday, a large banner hung outside Broncos Stadium in Denver.

During last night's Patriots game at Gillette Stadium, both "Start Me Up" and "Tumbling Dice" were played over the PA while the Stones & Patriots logo rotated on the big screen.

Additionally, the band had a message on their website encouraging people to sign up for their newsletter saying, "don't miss out, as you never know what could be coming. It's only Rock 'N' Roll but you'll like it!"