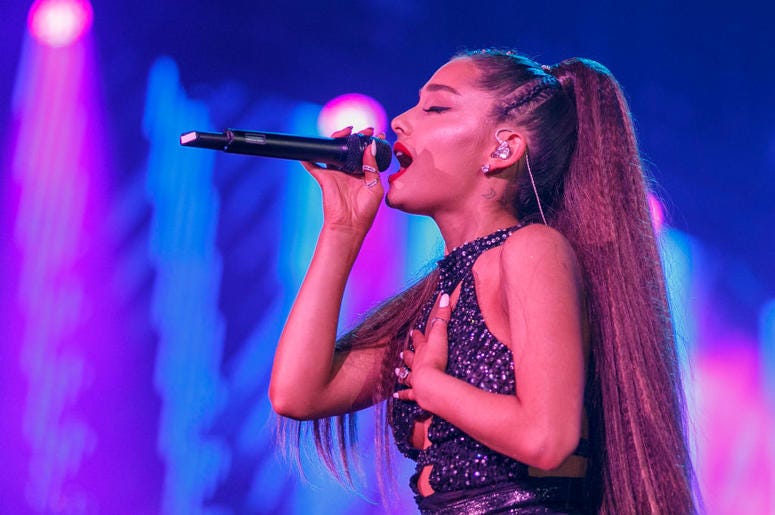 The track was first teased with an Easter egg in her video for “thank u, next.”

The instrumental of the song was first previewed at the beginning of the video for “thank u, next,” and then later in the video “7 Rings,” appears on the license plate of Grande’s Porsche. The scene recreates a part of the film, "Legally Blonde."

Grande previously told fans on Twitter that the song was about a time she bought several friends rings after a day of too much drinking in New York.

Grande is working on her fifth studio album and is set to headline Coachella in April.