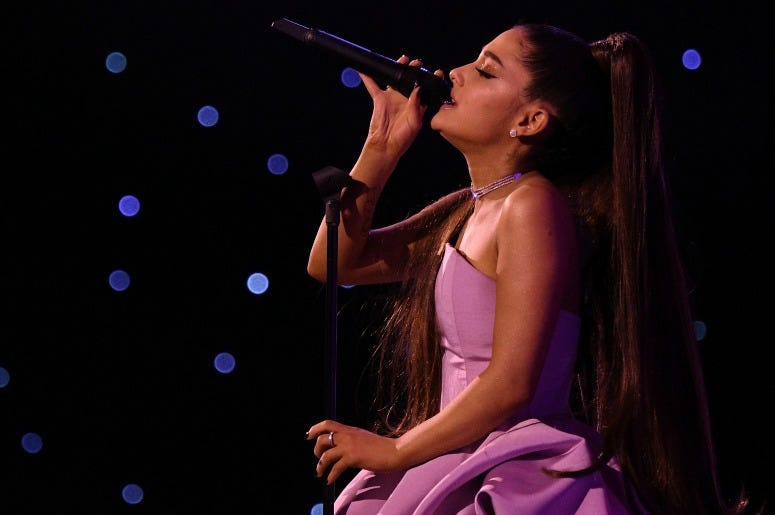 Ariana Grande might want to say “thank u, next” to her tattoo artist. The pop star recently got some new ink on her palm, but after posting a picture on Instagram many fans are commenting that her tattoo has a major error. The tattoo was supposed to read, “7 Rings” in Japanese Kanji, but as many pointed out it actually translated to “small charcoal grill.”

Is it easier to correct the tattoo or change the album name to “BBQ Grill”? Fans are calling out Ariana Grande after pop star misspells Japanese tattoo https://t.co/vHqJKbwy2s via ⁦@USATODAY⁩

The pop star has since deleted the post showing her new tattoo after realizing the error. Grande was planning on getting a tattoo that commemorates her upcoming album 7 Rings. While those Japanese characters individually do translate to her album title, when put together it actually means “shichirin” which means “small charcoal grill.” 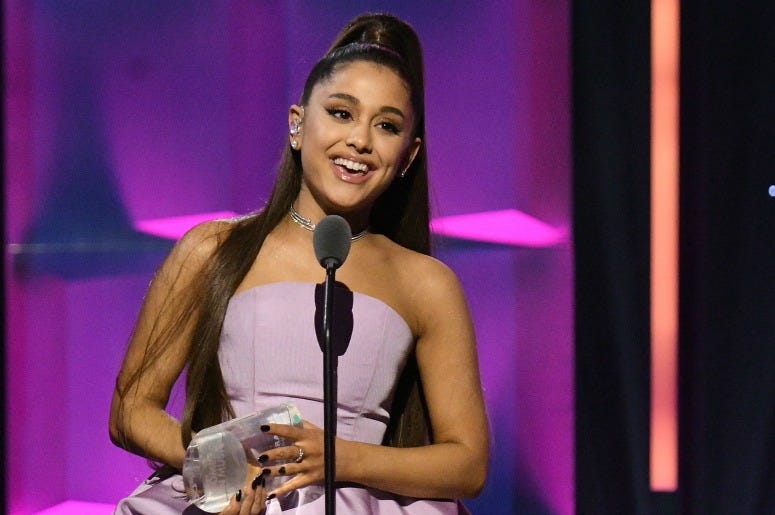 Inside Ariana Grande's 'Thank U, Next' Tracklist: Who Is the Target of "Break Up With Your Girlfriend, I'm Bored"?

for those who are confused, ariana grande got a tattoo on her hand in japanese intended to spell out “7 rings” and posted it on instagram (now deleted), but japanese people in the comments started saying how the REAL translation is bbq grill pic.twitter.com/rF0NvEa9Yv

Fans were quick to point out the error with many making jokes about the mistake, along with Ariana Grande’s apparent love for Japanese style grills. One twitter user wrote, “Now if Ariana intentionally wanted her tattoo to rep Japanese Hibachi Grills? Respect.” Though both Grande and her tattoo artist deleted posts of the tattoo, the ink lives on, on her hand.

Ariana Grande plans on keeping the tattoo for now saying, “this spot also peels a ton and won’t last, so if I miss it enough, I’ll suffer thru the whole thing next time.” She would later clarify that she purposefully left out some of the letters due to the pain of the tattoo. She also claims to be a huge fan of tiny bbq grills, making her tattoo error that much better.

Love of small grills aside, this mistake is one most would end up regretting. Luckily for Ariana Grande, as she said, tattoos in that spot tend to fade so the mistake won’t last forever. Still, the pop star now must commit to her love of small charcoal grills.

7 Rings is due out February 8th.