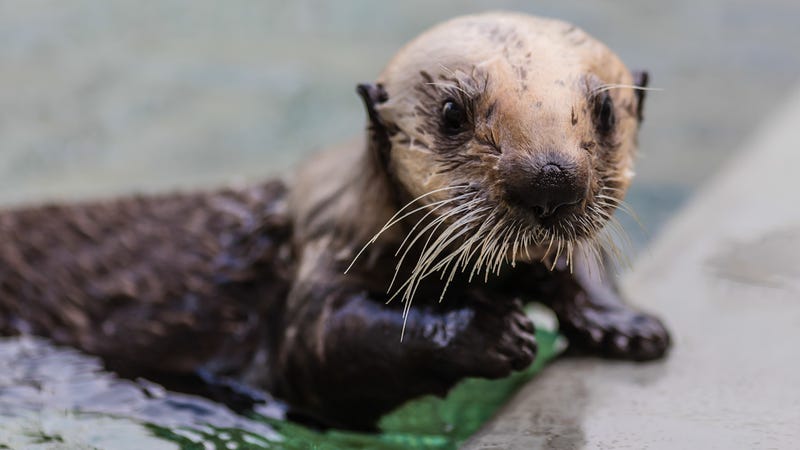 SAUSALITO (KCBS Radio) — The baby sea otter who was found clinging to her badly injured mother on a San Luis Obispo County Beach this spring is making a quick recovery at the Marine Mammal Center in Sausalito.

When rescuers found the little sea otter and her mother on the shore of Morro Bay, Langley was crying out.

"We're assuming that the shark had bitten Langley's mother," Shawn Johnson, Director of Veterinary Science at the Marine Mammal Center said. "And and we're kind of assuming that she helped bring the pup ashore to get away from the shark."

Johnson also said they weren't able to save the mother. But Langley actually wasn't injured and luckily was around weaning age "So that was really great for her and us because we were able to transition her to a shellfish in a fish diet."

Since May, she's been gaining weight nicely and is in a tank at the center with other rescued southern sea lions, which are a threatened species. They're giving her live food that she will find when she returns to Morro Bay as soon as next month.

Langley will be tracked and observed, so if she's having any trouble adjusting, they'll attempt another intervention.