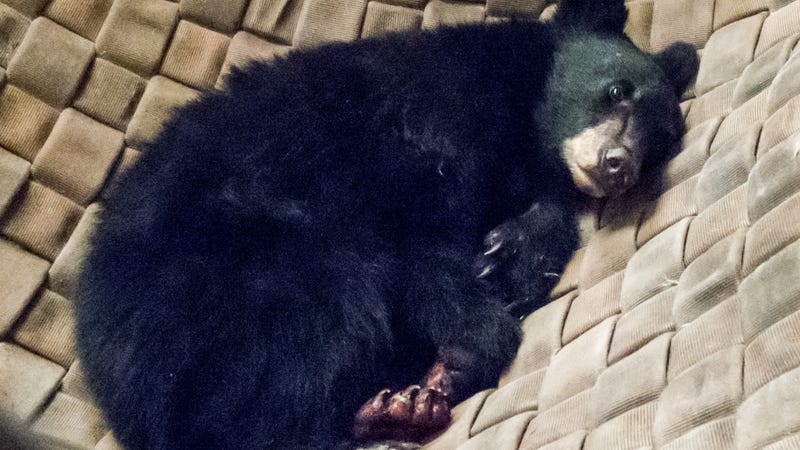 This little cub is safe and recovering after she was nearly killed by the deadly California wildfires.

A local contractor found the yearling cub lying in ash with severe burns on her paws and called rescuers to help her.

The injured animal was then taken to the California Department of Fish and Wildlife Investigations Lab where a veterinary team is currently helping her recover.
A doctor at the lab said that usually injured bears who can walk should be left to heal on their own, but this cub was so close to fires that were still burning, they had to save her.

Thanks to a team of experts and a good Samaritan, this little cub should make a full recovery!