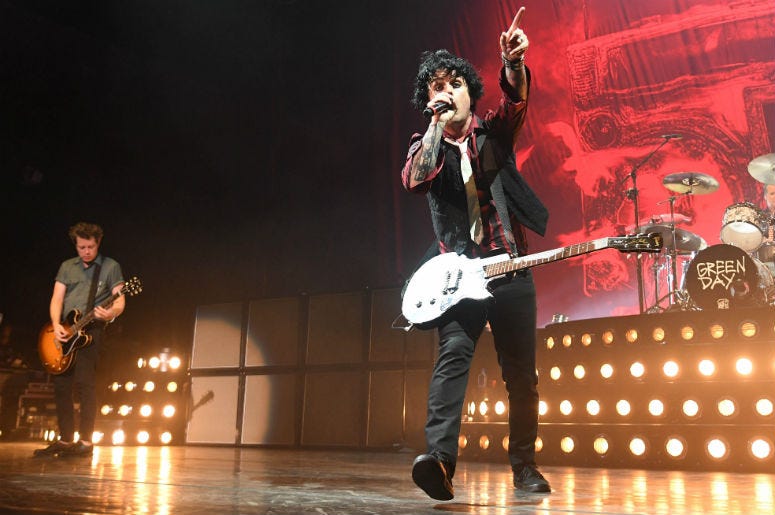 Green Day’s Billie Joe Armstrong recently surprised us with his new band The Longshot, and after dropping three songs last week, he’s back with another huge surprise today: The Longshot have dropped their full album!

In contrast to some of Green Day's politically-charged albums like American Idiot and Revolution Radio, Armstrong's mood for The Longshot is more about simply having fun and refraining from politics. In a recent post to his instagram account, Armstrong spoke of The Longshot's debut album with the caption, "Let's have some fun, raise some hell and do bad things!"

To celebrate the album's debut, The Longshot released the official music video for the upbeat track "Love Is For Losers." Watch it below!

The band will head on tour next month with Frankie and the Studs & The Trash Bags, and tickets for the tour go on sale next Friday, April 27.

The Longshot tour!! Goes on sale next Friday! #thelongshot #loveisforlosers
Shows w/ Frankie and the Studs & The Trash Bags pic.twitter.com/VEmjJUm6dx

Tracklisting for the 11-track Love is For Losers:

5. Love is for Losers