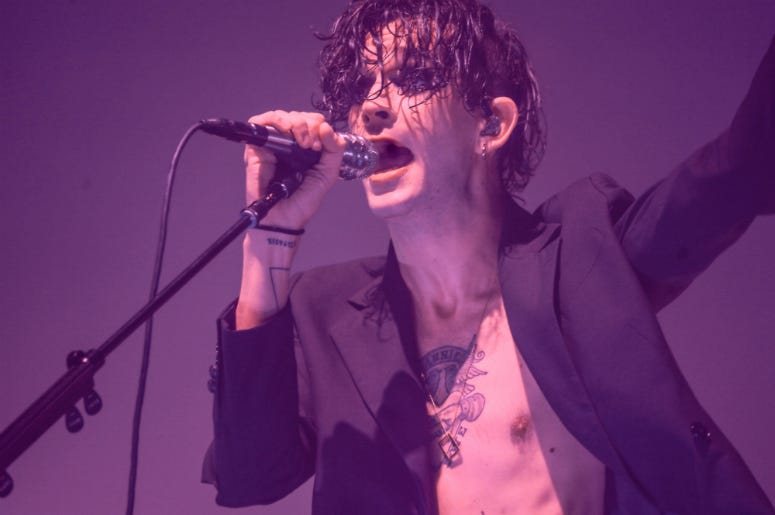 The 1975 is poised to become one of the biggest bands in the world, and singer Matty Healy didn’t want to get there on heroin. After touring in support of the British band’s breakthrough album, I Like It When You Sleep, for You Are So Beautiful yet So Unaware of It, Healy checked in to a rehab facility in Barbados. It was there where he met a friend.

“One of my therapists there asked did I want to do equine therapy,” Healy told NME in a new interview.  “And I thought, because I’m a very cynical English person who doesn’t believe in energy and vibes and is a sceptic at heart, I thought… what am I going to do? Stand next to a horse for two weeks?”

But it worked. Healy said the turning point was when he learned how to get the horse to trust him.

“He was just with me for the whole day, feeling safer with me than not,” said Healy. “It was the most profound experience I’ve ever had, because I just got it. In that time, and probably if I went back now, I cared a million times more in a human way about the approval of that horse than I did anybody else.”

Healy’s biggest challenge now is probably having to live up to the hype surrounding The 1975’s third studio album. Promotion has been heavy for A Brief Inquiry into Online Relationships. It’s scheduled to be released on November 30th, but we’ve already heard four songs: “Sincerity is Scary,” “Give Yourself a Try,” “Love it if We Made It,” and “TooTimeTooTimeTooTime.”