Some Soundgarden fans may have a hard time picking a favorite track from the band’s hard-rocking 1991 album Badmotorfinger, but 4-year-old Dominic is partial to “Jesus Christ Pose.” And when the song comes on in mom’s car, just get out of his way. 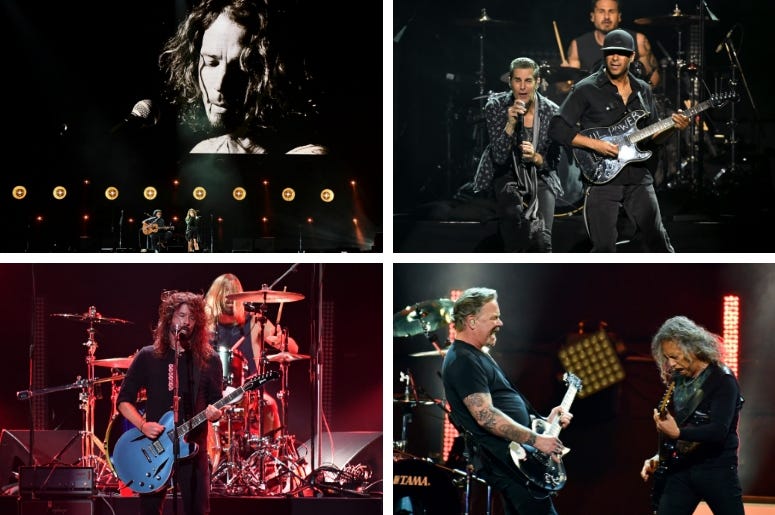 The Chris Cornell Tribute Was an Unforgettable Concert

Jasmina Dolce posted a video on YouTube of her son rocking from the comfort of his car seat. The little guy plays a little air guitar while mouthing the lyrics along to Chris Cornell’s screams. Dolce wrote that Dominic is a Cornell fanatic and called his performance “pretty stellar.” We have to agree. Check it out in the video above.

Dominic wasn’t done though. He was also feeling it on “Slaves & Bulldozers.” One YouTube commenter called it “parenting done right!”