A 9-year-old boy from Australia is making amateur guitarists everywhere think about quitting in frustration.

Taj Farrant has only been playing guitar for a little more than two years, but he’s already better than many musicians. He proved his chops on Ellen this week with a jaw-dropping performance of the solo from the Guns N’ Roses classic “Sweet Child O’ Mine” that would make Slash proud. 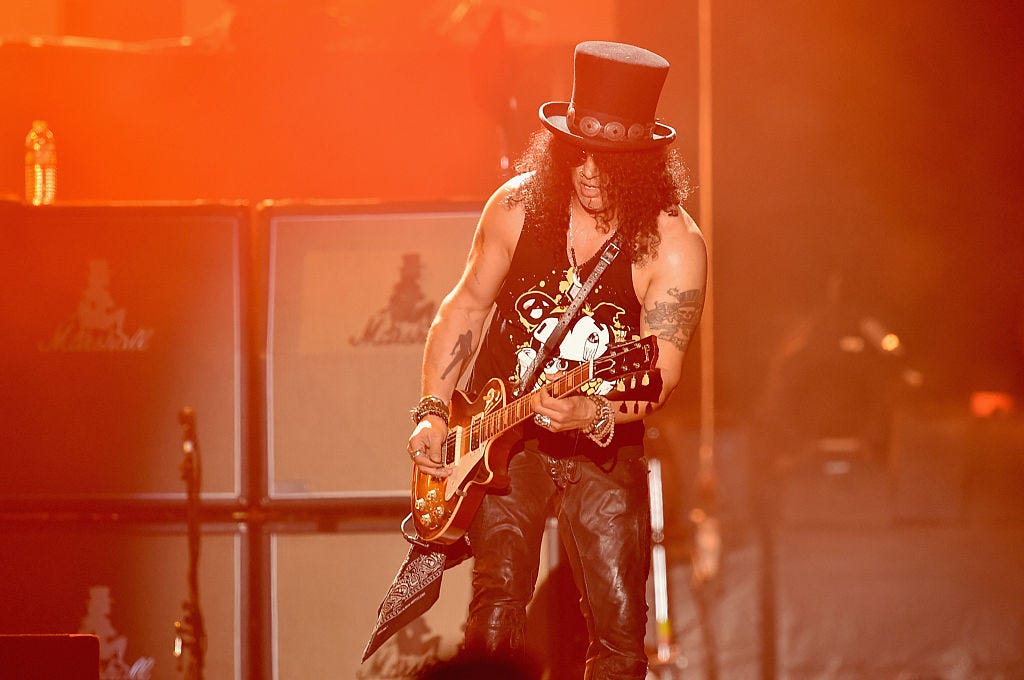 Afterwards, Taj told Ellen about the moment he knew he wanted to play guitar: “My dad took me to an AC/DC concert two and a half years ago, and I was on my pop’s shoulders and I said ‘I want to do that for the rest of my life.’”

Taj said his dad is also his guitar teacher, and said he can usually hear a song and start playing it after a few tries. He also looks the part with a hat, dreadlocks and a Gibson t-shirt. We have a feeling we'll be hearing from Taj again soon.