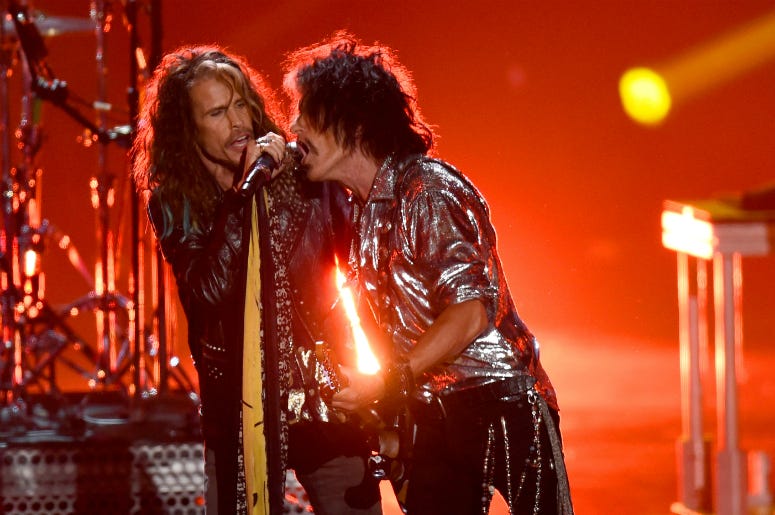 Aerosmith guitarist Joe Perry is out of the hospital after a scare in New York, but he won’t be ready to get back on the road for a while.

Perry posted a statement on social media thanking fans for their well-wishes. He says he’s doing well, but doctors recommend some more rest before he begins playing live again.

Perry had some dates lined up with his side project featuring Aerosmith bassist Brad Whitford and Extreme singer Gary Cherone. Aerosmith’s next scheduled gig is the new Super Bowl Music Fest in Atlanta on February 1st.

Perry collapsed backstage at Madison Square Garden on November 10th after performing “Walk This Way” with Billy Joel. A statement released by Perry's spokesperson at the time said paramedics had to use a tracheal tube to clear Perry’s airway before taking him to the hospital. He was said to be alert and responsive.