Alice in Chains’ new album, Rainier Fog, contains such powerful imagery that each track is being turned into a video that will make up a 90 minute movie by the time the project is done. The first two episodes of Black Antenna have now been released.

According to an official release: “the movie tells the story of Alpha (played by Green Book actor Paul Sloan) and his 21 year old daughter. They drive their beat-up truck across California in silence, speaking only telepathically. Together they rob and steal from the men the girl seduces, taking cellphones, laptops, whatever they can find.  Alpha is trying to build something - an antenna - desperately trying to find a way to get a message to their people back home. Meanwhile there are unspeakably dark forces who have discovered their existence, and are now hell-bent on tracking them down and eradicating them before more of their kind can come and join them.”

“As soon as I heard the album, the music and lyrics spoke to me on a profoundly personal level and the film and subject matter was born directly out of that,” Mason said. “Black Antenna is a perfect synergy of the band’s lyrics, and ‘Black Antenna’ paints a dark and beautiful canvas of the deeply conflicted world we live in today.” 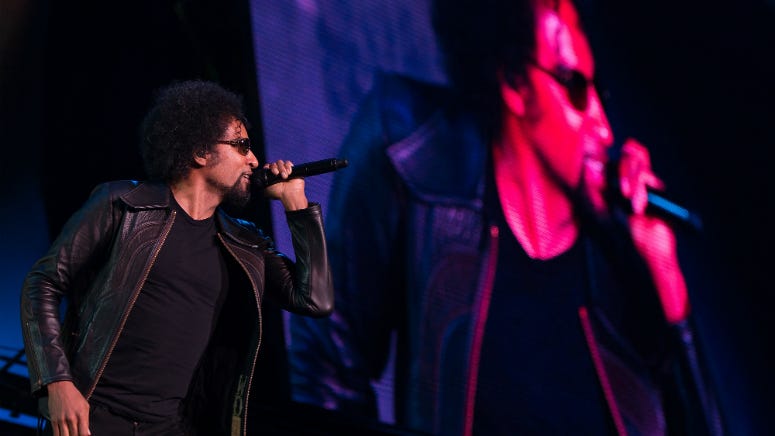 Rainier Fog is the 6th studio LP by Alice in Chains and first in five years. The album was recorded in the shadow of Mt. Rainier in Washington. Listen to the band tell the story of how being in familiar surroundings influenced their work.