Alt rock fans will hear familiar voices when the credits role for Tim Burton’s Dumbo. As promised, Arcade Fire performs “Baby Mine” and we’re getting our first listen to the full track. The Canadian indie rockers dip the classic lullaby into their familiar sound. 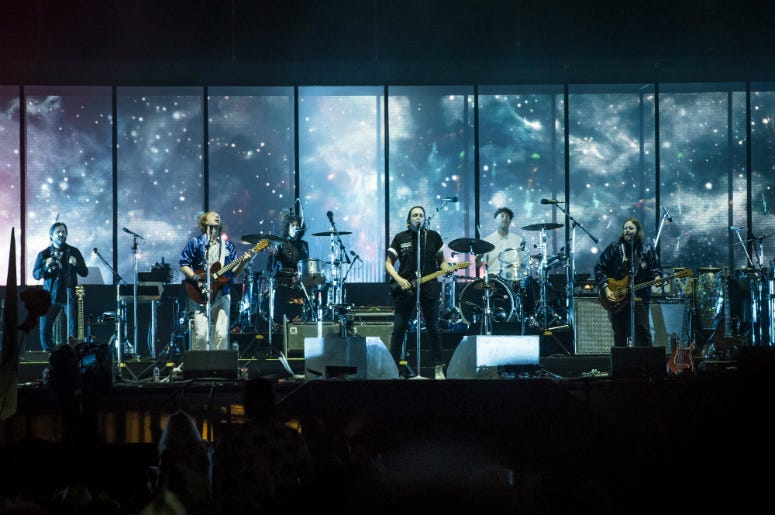 Arcade Fire Treats Fans to ‘Funeral’ In Its Entirety

The song dates all the way back to Disney’s original 1941 Dumbo, a movie that Arcade Fire co-founder Win Butler has a connection to.

“There is a scene with a locomotive in the original Dumbo that uses an instrument called the Sonovox that my grandpa Alvino Rey made famous in the 1930s,” Butler said in a statement. “When we were asked to do (“Baby Mine") I immediately got all of my grandfather’s old guitars and wanted to play them in the song. My mom plays the harp on the track, my brother the theremin, my wife sings and plays drums, and our son even plays the triangle, as well as the rest of our ‘family’ in Arcade Fire.”