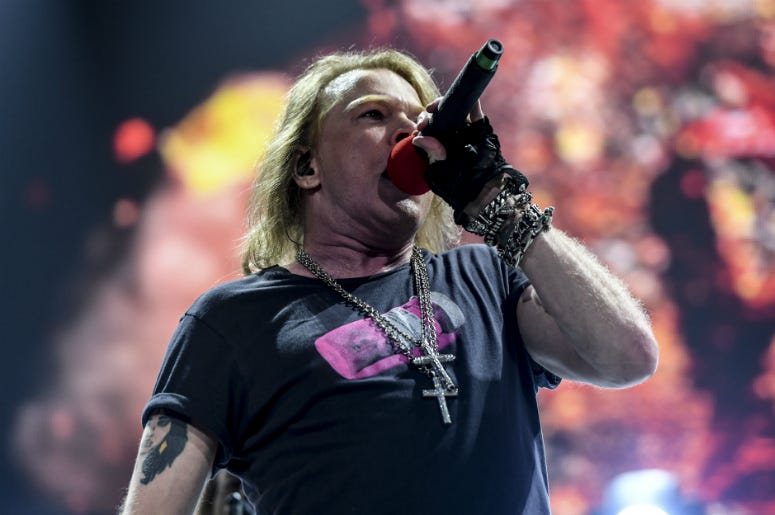 Guns N’ Roses frontman Axl Rose is celebrating his 57th birthday and it’s been a wild ride to get this far. Bandmates Slash and Duff McKagan have been through the highs and lows with the Indiana native, and they’re both feeling a little nostalgic for the occasion.

Happy Birthday to my other life-long partner in crime #AxlRose ! iiii]; )'

A very HAPPY BIRTHDAY to @axlrose . A bad motherf*cker. Always has been, always will be!! pic.twitter.com/JTkmJxlaWr 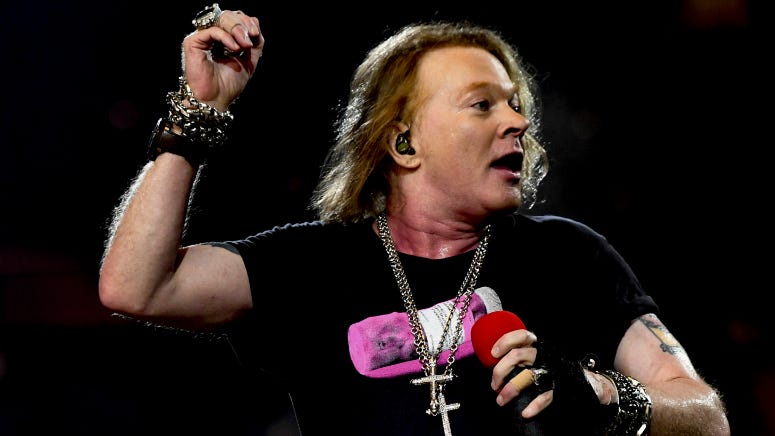 Axl seems to have mellowed out a bit since GNR first reunited for its Not in this Lifetime Tour in 2016, but there have been more than a few headline-grabbing incidents along the way. Here’s a look at some of the best.

At the 1989 MTV Video Music Awards, Axl challenged Vince Neil to a fight after the Mötley Crüe singer allegedly took a swing at GNR guitarist Izzy Stradlin. The brawl never happened, but Axl challenged Vince again in 1990 and a war of words escalated in interviews. Still, nothing happened.

During a 1991 show in Missouri, Axl abruptly stopped a performance of "Rocket Queen." When security didn't step in fast enough for his liking, he dove into the crowd to separate a fan from his camera. Axl then left the stage and a riot ensued.

This one wasn't all on Axl but he was involved. During the highly-anticipated but tumultuous tour with Metallica in 1992, Axl wasn't feeling it at a show in Montreal while dealing with throat issues. He and the rest of the band also thought the sound quality was subpar, so they decided to end the show early. The fans weren't exactly happy. Metallica's James Hetfield was severely burned by pyrotechnics during the same show.

During a 1992 concert in Argentina, stopped Axl stopped a performance of "Nightrain" when fans started throwing objects on stage. He called for an interpreter and used her to chide the crowd.

We’ll end on a positive note at the Troubadour in West Hollywood on April 1, 2016. Axl was back where he belonged – fronting a more complete version of the original GNR line-up. The intimate gig kicked off the reunion that is still going strong.