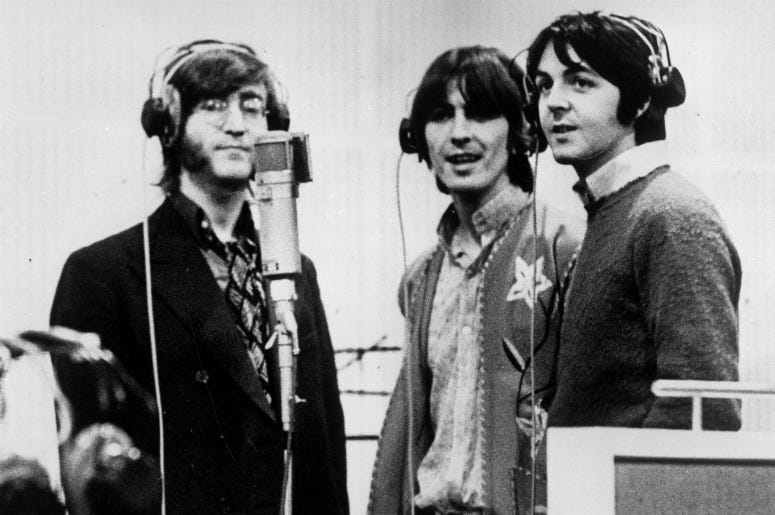 It won’t be long before die hard Beatles fans can get their hands on an anniversary edition of the White Album – packed with unreleased tracks and demos. The collection is due out next week, but the band just released a little something to whet your appetite.

The Beatles are giving us two previously-unreleased versions of “Glass Onion.” It was the third song on side one of the original double album.

First up is a demo. It’s a stripped-back acoustic version that closely approximates what the final recording would become.

The Beatles also shared “take 10” of "Glass Onion," which includes some back and forth between the band and the control room.

The White Album was released in 1968 and was the Beatles 9th studio album. It contained 30 songs, including “Ob-La-Di, Ob-La-Da,” “Birthday,” and “Back in the U.S.S.R.” You can listen to three different mixes of the latter track right now.

The new collection will be available November 9th. You can preorder it here.