From North America to Europe – Billie Eilish has fans in the palm of her hand. Foo Fighters frontman Dave Grohl has even said the 17-year-old was keeping rock alive, and there’s more evidence of that in her new video for “wish you were gay.”

“Her lyrics really relate to our generation more than any artist I’ve heard for a very long time,” says a British fan as part of a montage to start the live clip. The video cuts back and forth between fans singing along to the song in concert and fans meeting Eilish backstage. The common theme is that they all appear to be having a religious experience.  And this is just the beginning. 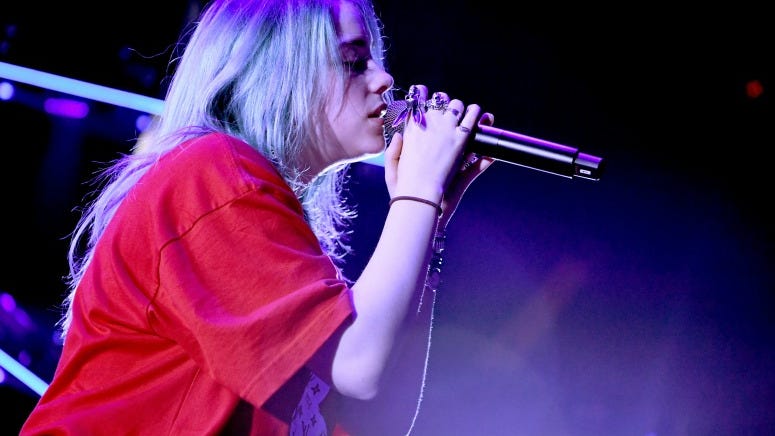 Billie Eilish Shares Her Uneasy Dream on 'WHEN WE ALL FALL ASLEEP, WHERE DO WE GO?'

“wish you were gay” appears on Eilish’s highly-anticipated debut album When We All Fall Asleep, Where Do We Go. The LP debuted at #1, making Eilish the first artist born in the 2000s to achieve the top spot on the Billboard 200 chart.

Eilish remains on tour overseas before bringing the show back home at the end of May. Her U.S. tour begins on May 29th in San Francisco and runs through July 21st in Foxboro, MA. Get the full list of dates here.