Dan Auerbach and Patrick Carney take a comedic approach to addressing rumors that they don’t always see eye to eye in the video for The Black Keys’ new song “Go.” The track is the third preview of their upcoming 9th studio album Let’s Rock. 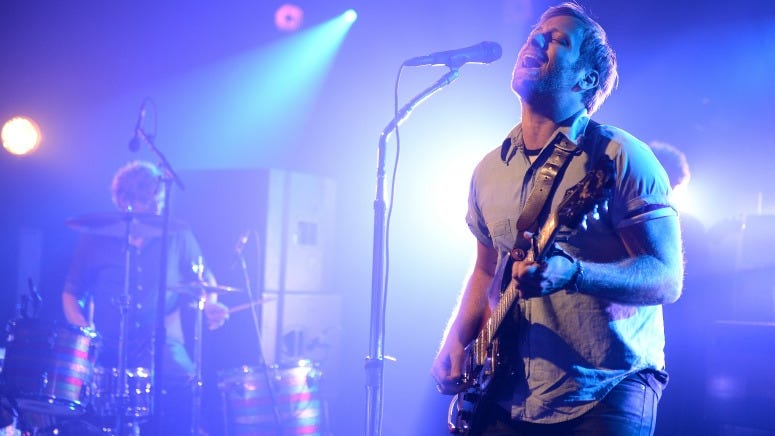 The clip starts with Auerbach and Carney reluctantly sitting in front of a therapist who tries to get them to talk to each other. When that doesn’t work, the two head out on a retreat with a hippy crowd that’s as throwback as The Black Keys’ music. The turning point is a hallucinogenic drug that delivers visions of the stacks of cash that Auerbach and Carney make together and all is well.

Let’s Rock will be The Black Keys’ first new album in five years. The time gap is what has led some to speculate that there was a rift between Auerback and Carney. But Auerbach was also busy producing his second solo album Waiting on a Song, while Carney became a father, married singer-songwriter Michelle Branch, and played with his side project Sad Planets.

Let’s Rock is set to be released on June 28th. You can pre-order it here. The Black Keys will then head out on the road with Modest Mouse. The full schedule is here.