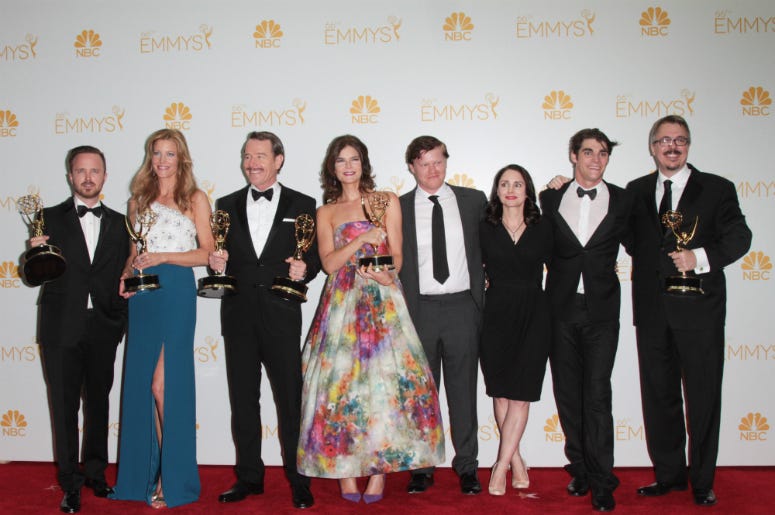 The creator of Breaking Bad appears to be cooking up a new film.

Multiple reports say Vince Gilligan is working on a project related to the beloved TV series, but it’s not clear whether it would be for the big screen or small screen. We also don’t know which original cast members, if any, would be involved.

The Albuquerque Journal reports the New Mexico Film Office is aware of a production called Greenbrier that will begin shooting this month. The movie is said to be about the escape of a kidnapped man and his quest for freedom. Could it be Jesse Pinkman (Aaron Paul) -Walter’s drug-dealing sidekick who escaped death at the end of the series?

While we wait for more details, watch an iconic scene from season three.