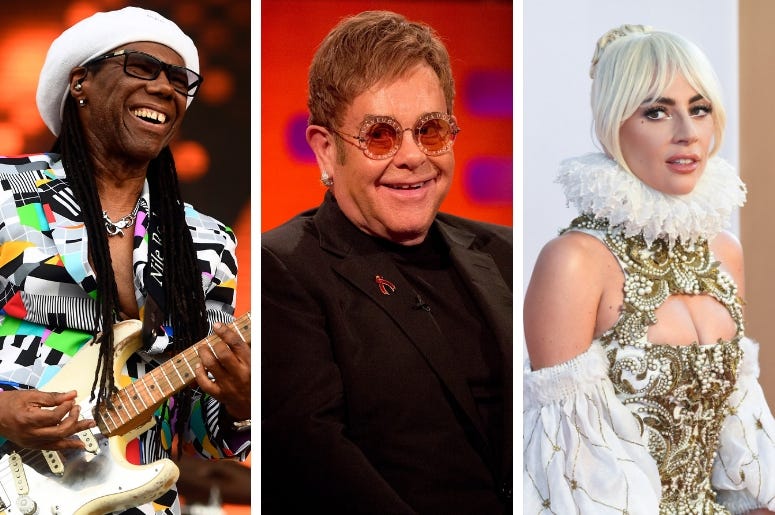 After 26 years, it’s about time for a new Chic album. Nile Rodgers enlisted the help of Elton John, Lady Gaga and others for It’s About Time. It was just released under the name Nile Rodgers & Chic.

The album is about what you’d expect from the man behind 70s disco hits like “Dance, Dance, Dance” and “Le Freak.”

Lady Gaga offers her voice to a reimagining of “I Want Your Love.” The title is a familiar lyric in her own song “Bad Romance,” but that’s the only connection. Elton John joins Emeli Sandé on “Queen” – another remake.

The first single is a new song called “Till the World Falls.” It features Mura Masa, Cosha, and Vic Mensa. You can listen to it right here: