Christina Aguilera was the first star to belt for the late-night show’s new segment. The “Say Something” singer went to Randy’s Donuts at the Hollywood and Highland shopping complex across the street from Kimmel’s studios.

The quick-thinking pop star ad-libbed lyrics about specific customers, as she watched them on surveillance video from the back of the store. To the tune of “Genie in a Bottle,” Aguilera started with “There’s a guy in a Dodgers hat / He is here with a baby / He just wants to eat some donuts / And give some to the baby too.”

The guy in question starts to realize what’s going on, as Aguilera sings “Yes, I’m singing about you,” before she really surprises him with a hand-delivered donut. Not every customer was impressed though. Check out the video above. 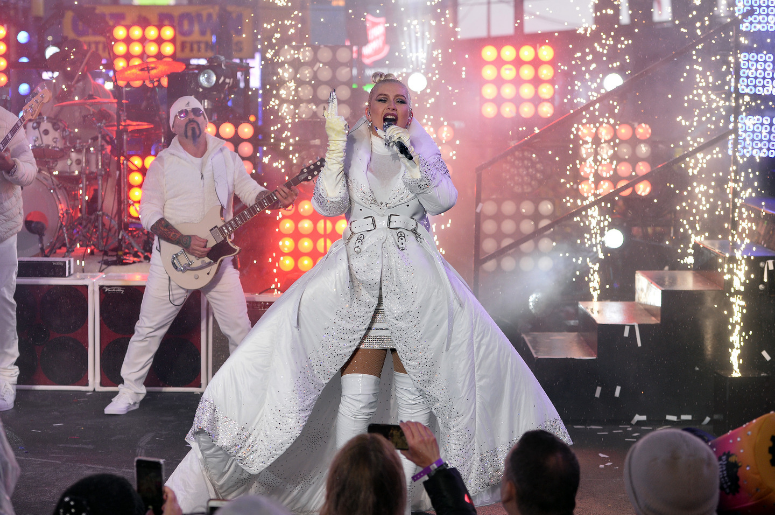