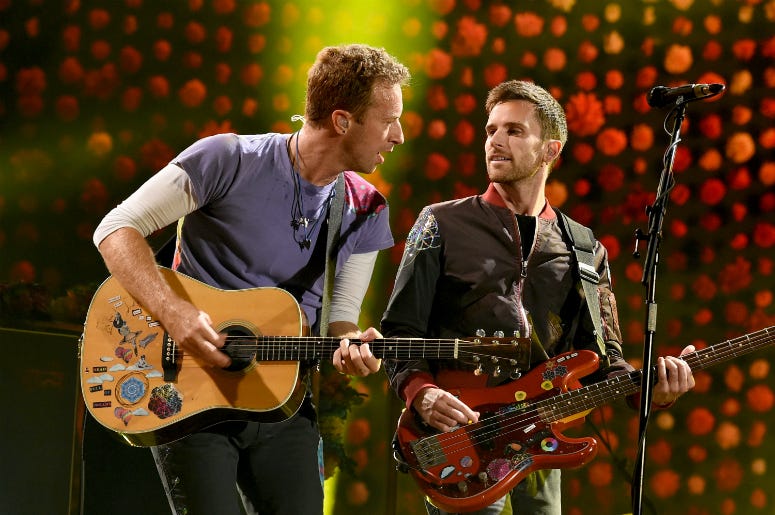 If you’ve been itching for new music from Coldplay, you got it. Just don’t call it Coldplay. They’re now called Los Unidades, at least for now, and we’re not really sure why.

The EP will be available on November 30th, but one song has already been released. It’s billed as Los Unidades & Pharrell Williams (feat. Jozzy). Coldplay says the lyric video for “E-Lo” was inspired by former South African leader and activist Nelson Mandela to mark what would have been his centenary year.

It's just been announced that Chris has curated #GlobalCitizen EP1, a new four-track release for @GlblCtzn. It's out on Friday, and you can hear E-Lo by @LosUnidades & @Pharrell ft @dopebyaccident now! https://t.co/loYWr1hyhJ A

Coldplay says proceeds from the EP will support Global Citizen’s campaigns and advocacy efforts to end extreme poverty, as well as its work in other areas like gender equality.