Almost exactly 40 years after The Cure entertained a few dozen people during their first gig at a small pub in England, they celebrated the milestone in front of tens of thousands of fans outdoors in London.

The memorable anniversary performance on July 7, 2018 was captured on film, and the trailer for The Cure Anniversary 1978-2018 – Live in Hyde Park London was just released. The film will be screened in theaters worldwide starting on July 11th. You can find a location near you and buy tickets when they become available here. 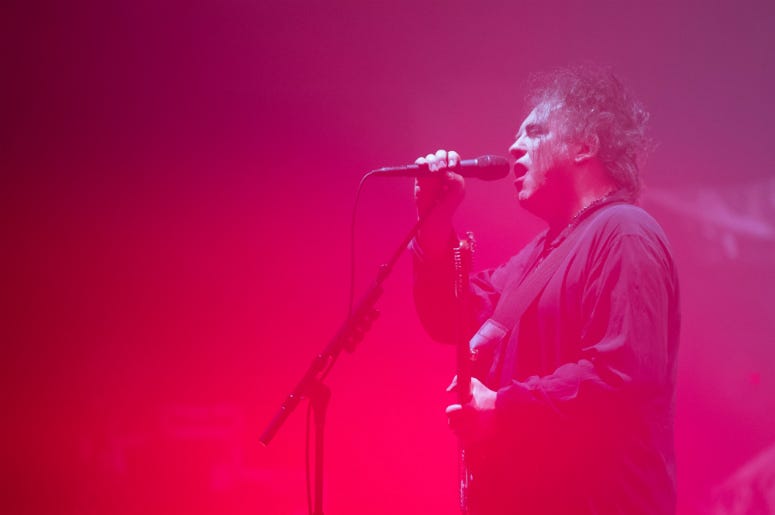 The set included 19 songs and 10 encores and almost nothing was left off. The Cure played everything from “Close to Me” from 1985’s The Head on the Door to “Friday I’m in Love” from 1992’s Wish. Director Tim Pope says the performance captured on film shows frontman Robert Smith and his bandmates at their absolute peak.

“I went to rehearsals in a very cramped studio just the day before the show, and sat in the group’s midst as they ran through the songs.” Pope said. “I knew as the set list unfolded that the only way to show people the real Cure was to capture not only the epic dimension of their stage show, but also the close, intimate side of this band simply making music so well.”

The End of the World

If Only Tonight We Could Sleep

From the Edge of the Deep Green Sea