How magical can a wedding get? Morgan Tilton and John Glennon tied the knot at Disney World and were celebrating at the Grand Floridian when Dan + Shay decided to make an appearance. 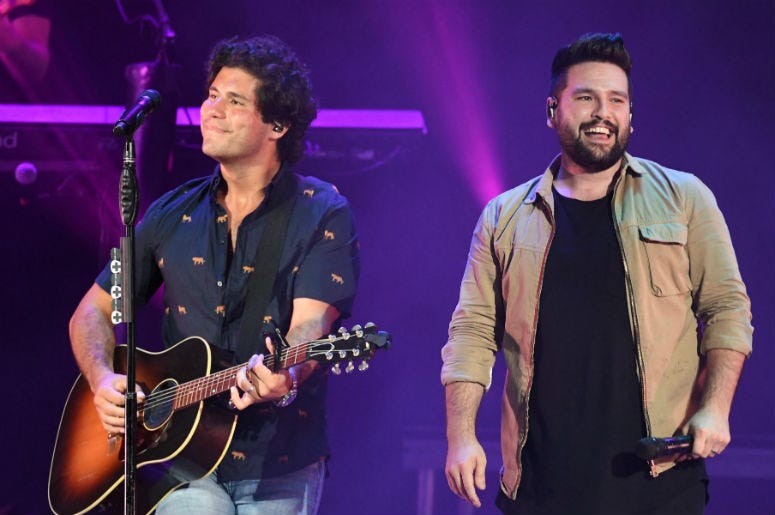 The country music duo stunned guests when they walked into the reception, before performing “Speechless” while the couple was just that and danced in disbelief.

Afterwards, Shay joked that he and Dan were driving around in the area and figured they would come say ‘hi.’ He said he’s crashed a lot of weddings but had never been invited to crash one.

According to Billboard, the surprise was actually planned with the help of Disney's Fairy Tale Weddings team. It worked with the bride's father to keep Dan + Shay's involvement a secret.

The above video was filmed by cinematography and photography group Switzerfilm.