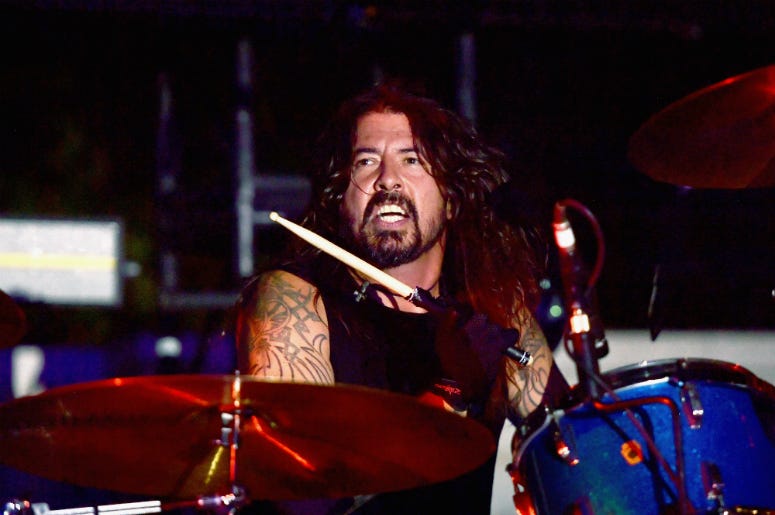 So what’s left? A hard-rocking band from down under is all. During an interview with Forbes, Grohl was asked if he had a “dream person” to play drums for.

“AC/DC,” Grohl replied. “That's my last one, that's it. Phil Rudd is back though. If you dive back into their back catalog, that early s**t, there was a little bit more dynamic, then they settled into the groove. That's the thing. And it's because of Phil Rudd. It's AC/DC, but that guy holds the key.”

Grohl has already proven he has what it takes to pull off AC/DC, at least as a singer/guitarist, and we have no doubt he could do it on drums as well. Check out this spectacular clip of Foo Fighters covering “Let There Be Rock.”