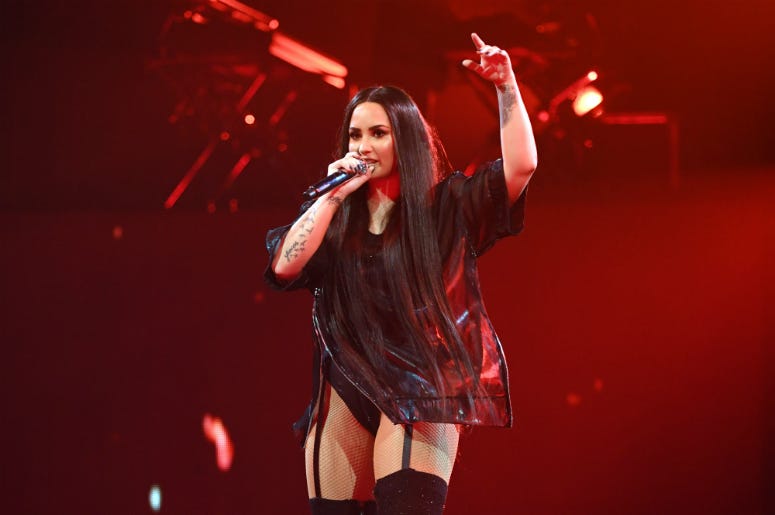 It’s every mother’s worst nightmare: rushing to the hospital to find out whether their child is going to live or die. That’s what Dianna De La Garza experienced on July 24th in Los Angeles. Her daughter, pop star Demi Lovato, had overdosed on opioids.

In an interview with Newsmax TV, De La Garza talked about what she endured that day. She said she was reading a string of consolatory texts without knowing what happened, when she answered a call from Lovato’s assistant at the time. Kelsey Kershner told De La Garza that Demi had overdosed. She was conscious but not talking. De La Garza and her other daughters immediately drove to Cedars-Sinai Medical Center.

“She just didn’t look good at all,” De La Garza recalled. “She was in bad shape but I said to her, Demi, I’m here. I love you. And at that point, she said back to me I love you too. From that point on I never allowed myself to ever think that things weren’t going to be ok.”

De La Garza said she had to put her concerns as a mother on-hold to be there for her family.

“My faith is strong and I think that’s one of the things that got me through the next couple of days when she was in critical condition,” De La Garza said. “We just didn’t know for two days if she was going to make it or not.”

De La Garza said Lovato is doing really well now as she works on her sobriety. She said Demi is happy, healthy and getting the help she needs.

Demi sang about her prior struggles on the recent track, "Sober."