Let’s face it, Journey’s video for “Separate Ways” doesn’t hold up. Or maybe it wasn’t even in a good idea in the 80s. But it’s still a fun visual for one of the band’s classic songs. It’s so much fun, that the disco band Escort decided to remake it shot by shot for their new song. 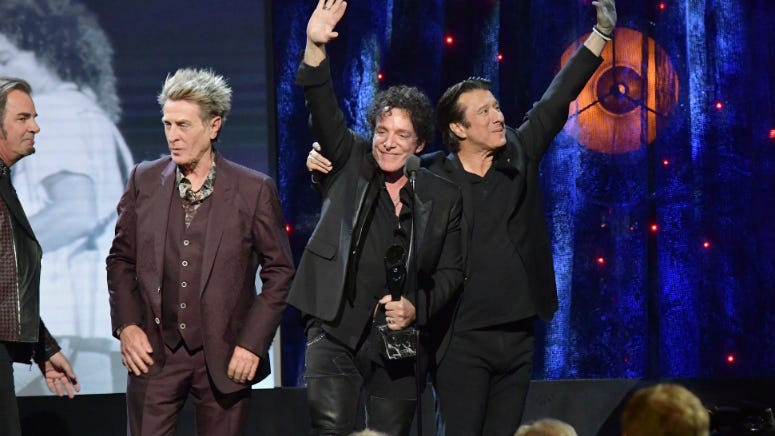 The Journey video from 1983 starts with Steve Perry and company much too enthusiastically playing air instruments on a dock while a mysterious woman randomly walks around. By the end of the video, it's revealed that she was dreaming the whole thing.

Fast-forward to 2019, and the beat for Escort’s song “Outta My Head” provides the perfect opportunity to recreate some 80s magic. Journey’s original is set inside the frame for a look at how closely the remake duplicates the original. It’s pretty amazing.

“We really wanted to just hold a mirror up to it,” co-director Eugene Cho told Rolling Stone. “We’re not trying to exaggerate it or mock it. All the amazing 80s video tropes, the pure intensity of the performances and the bizarre air instrument gag make it so special.”

Check out a full-screen version of Journey’s original video below.