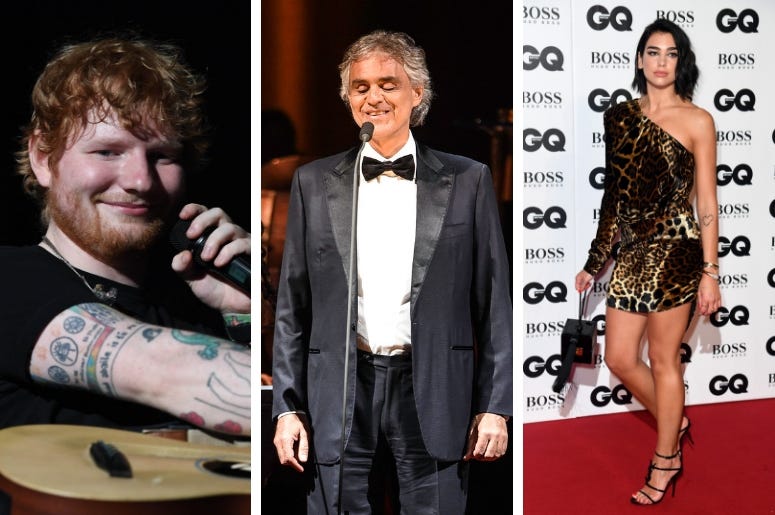 The man whose voice has been described as the most beautiful in the world is adding some other voices to his next album. Andrea Bocelli is calling on Ed Sheeran and Dua Lipa, among others, to help him with his first collection of new material in more than a decade.

Sheeran will duet with Bocelli on “Amo Soltanto Te,” and Dua Lipa will take her turn on “If Only.” Those are 2 of the 16 tracks on Si, which is set for an October 26th release.

This isn’t the first time Sheeran has shared a track with Bocelli. The two got together for “Perfect Symphony” from Sheeran’s third studio album.