Ed Sheeran routinely sells out stadiums around the world, but the “I Don’t Care” singer started small like most other artists. Really small. 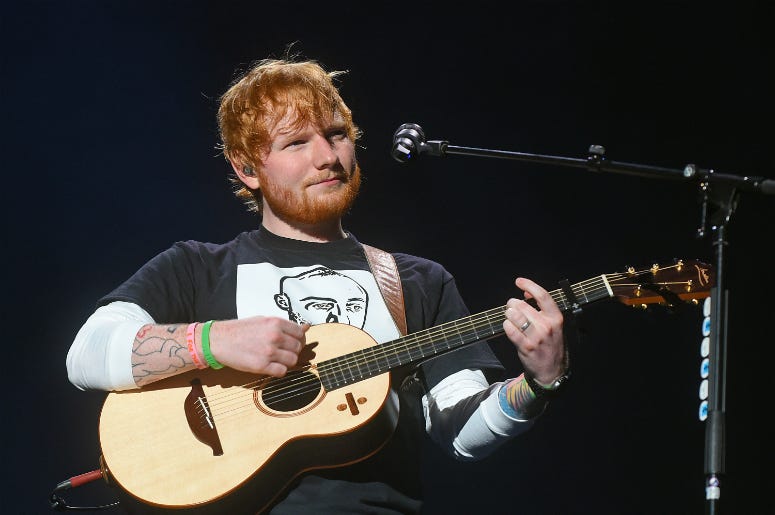 The pop star wanted to remember where he came from by sharing a striking photo on social media. The picture shows a teen-aged Sheeran performing solo on the side of a truck in front of a hometown audience of exactly one person – a toddler. The picture was part of the trove of memories his father dug up for an exhibition in England later this summer.

I’m doing my homecoming shows end of August in Ipswich, the first proper headline shows I’ve ever done in my home town. My dad has unearthed a load of photos from my early days, I’ve lent a load of stuff too, for an exhibition that will run for 9 months at Ipswich’s Christchurch Mansion from August 20 - until spring 2020. Go and see it. Lots of love x

Sheeran is in a nostalgic mood as he prepares to perform in Ipswich, England. He says the August concerts will be the first proper headline shows he’s ever done in his hometown.

Sheeran’s crowds have grown since the day that photo was taken. He was recently named the highest-earning solo artist in the world, and his concerts regularly pack in enough people to put him near the top of the highest-grossing tours list year in and year out.