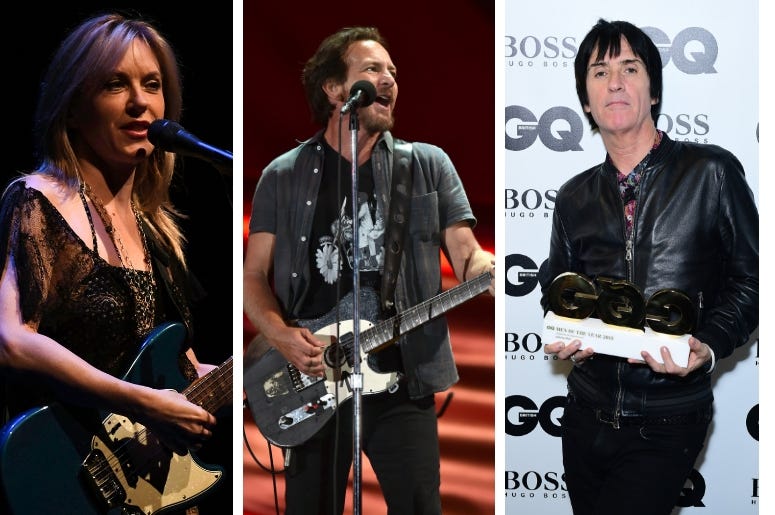 “Talkin’ to herself, there’s no one else who needs to know, she tells herself.”

Eddie Vedder says the hit Pearl Jam song “Better Man” was really written for a woman to sing, and that has now happened.

Liz Phair joined Vedder on-stage at the Ohana Festival in California over the weekend. Vedder took the opening verse of “Better Man” before handing off the vocals to the singer-songwriter.

Earlier in the day at the same venue, it was Vedder who was brought up on-stage as a guest. Johnny Marr, best known for his work with The Smiths, called Vedder a good friend and an inspiration before the two collaborated on the classic alternative track “There is a Light That Never Goes Out.”

Vedder only has one more solo show scheduled in 2018. It’s in South Africa on December 2nd. Pearl Jam’s tour schedule is also quiet.