The city of Detroit doesn’t have many peers when it comes to its contributions to America’s musical history. The Motor City is the home of Motown and the birthplace of Glen Frey of The Eagles, Bob Seger, and rapper Eminem to name a few. Country star Eric Church showed his versatility by paying tribute to the latter two at recent shows. 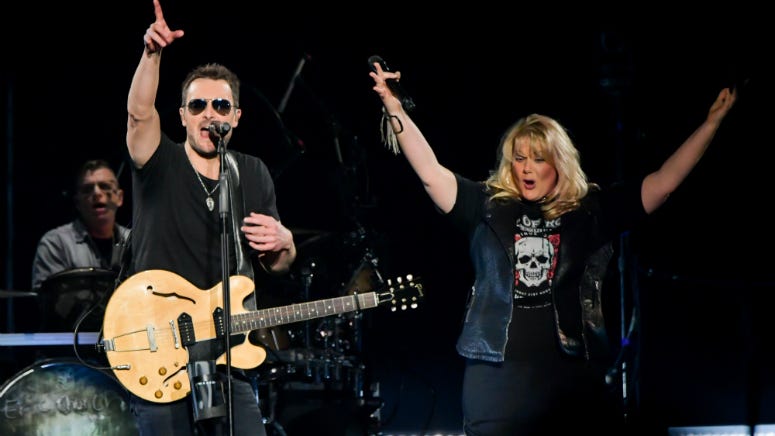 At Little Caesars Arena on Saturday, Church gave Slim Shady’s 8 Mile rap “Lose Yourself” the acoustic guitar treatment. He told the crowd he came up with it after “messing around” earlier that day. Check it out in the video above.

On Friday night at the same venue, it was Bob Seger getting some love. Church covered “Roll Me Away” from Seger’s 1982 album The Distance. Watch part of the performance below.

Church is in the middle of a busy touring schedule. He’s on the road until at least July 7th when he plays the Cavendish Beach Music Festival in Canada. Church’s new album Desperate Man was released late last year and is available everywhere.