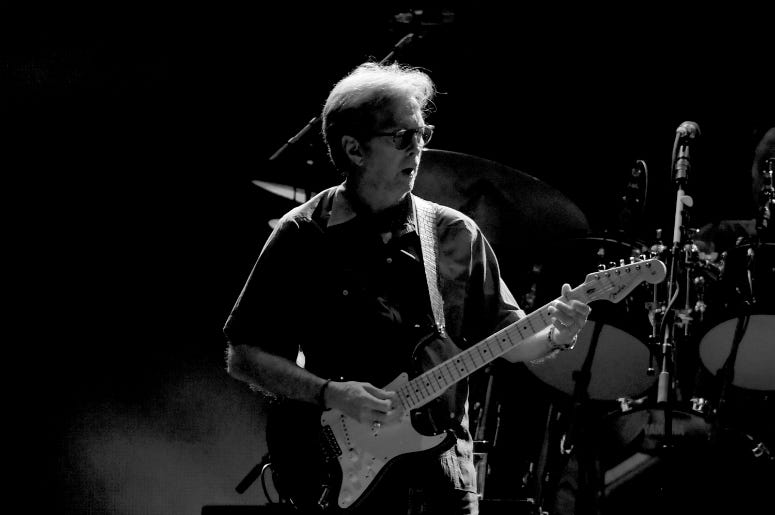 Eric Clapton is getting into the holiday spirit with a bluesy take on Christmas. The guitar legend just released a video for his version of “White Christmas.”

The clip begins with Santa turning on a reel-to-reel tape recorder. Clapton is accompanied on acoustic guitar by a second player. The two perform a laid back version of the holiday classic in front of two Christmas trees, while Santa takes it all in through a pair of headphones.

"I had in my head that these holiday songs could be done with a slight blues tinge, and I started to figure out how to play the blues lines in between the vocals,” said Clapton. “I got it down and one of the most identifiable songs on the album, the one that became the foundational style, is ‘Have Yourself a Merry Little Christmas’.”

1. White Christmas
2. Away In A Manger (Once In Royal David’s City)
3. For Love On Christmas Day
4. Everyday Will Be Like A Holiday
5. Christmas Tears
6. Home For The Holidays
7. Jingle Bells (In Memory Of Avicii)
8. Christmas In My Hometown
9. It’s Christmas
10. Sentimental Moments
11. Lonesome Christmas
12. Silent Night
13. Merry Christmas Baby
14. Have Yourself A Merry Little Christmas