Ann and Nancy Wilson of Heart had great seats for the GRAMMY Awards ceremony in 1986. The sisters were in the first few rows as they waited to hear whether they would win their first-ever trophy on their first nomination. Heart was up for Best Rock Performance by a Duo or Group with Vocal for their self-titled album that went to #1.

But as Ann and Nancy sat there, they started to notice that the trek up to the stage to accept an award was a little daunting, as Ann told us in her untold GRAMMY story.

“You walked up this big flight of stairs right in front of people so that they saw you climbing up these stairs from the back,” Ann said. “And so Nancy and I were on pins and needles because we’re shy, right, you know we’re self-conscious. We were saying to each other, God, I hope we don’t get it cause I don’t want to go lumbering up those stairs and people look at my butt.”

As it turned out, the Wilson sisters were off the hook. The award went to Dire Straits for their MTV hit, “Money for Nothing.” Listen to the rest of Ann’s story in the video above. 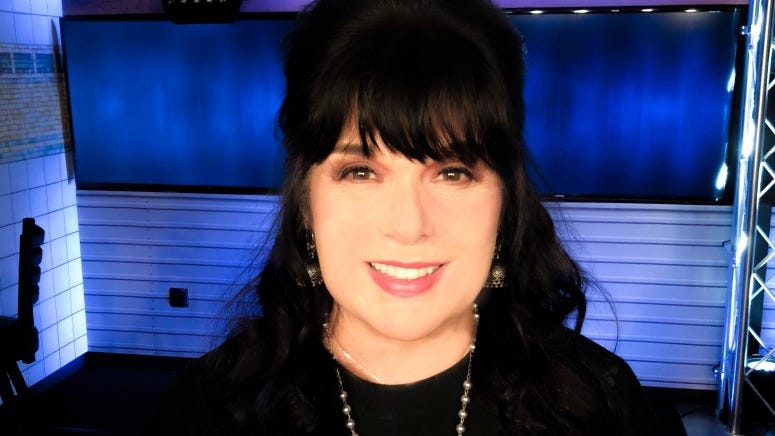 EXCLUSIVE: The Songs And Stories Inside Ann Wilson’s ‘Immortal’

Heart went on to be nominated for three more GRAMMY awards, but unfortunately never had to walk up onto that stage. Two of the nominations came two years after Heart – one for Bad Animals, and the other for “Alone.” Revisit the track below.

The Recording Academy will recognize the best in music at the 2019 GRAMMY Awards. The ceremony will be broadcast live on CBS from Staples Center in Los Angeles on Sunday, February 10th at 8pm. It’s the music industry’s only peer-recognized accolade and highest achievement.