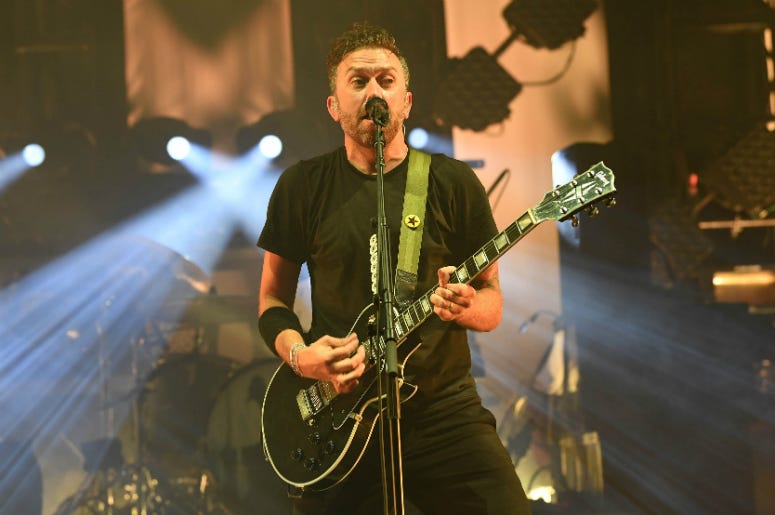 12 days. That’s all it took for Rise Against to make the album fans have been asking for. The punk band from Chicago traveled to Fort Collins, Colorado with longtime producer Bill Stevenson and then took their foot off the gas. The result is The Ghost Note Symphonies, Vol. 1, a collection of reimagined versions of songs spanning the band’s illustrious career.

“We found ourselves with some idle time in January, and we were looking for an excuse to get back in the studio,” vocalist/guitarist Tim McIlrath told Radio.com. “We decided to go through with an idea that we tossed around in the past, and our fans have actually asked us to do it in the past – to do acoustic versions of Rise Against songs.”

Rise Against is no stranger to going acoustic. Watch McIlrath's exclusive live performance of "People Live Here" from the 2014 album, The Black Market.