The Kingdome, the Edgewater Hotel, and more. As Sammy Hagar & The Circle hit the road this spring, the Red Rocker and company are sharing their favorite memories of Seattle. The best story belongs to drummer Jason Bonham, whose famous father and his little band called Led Zeppelin stopped by once or twice in their day. Listen to the details in the video above. 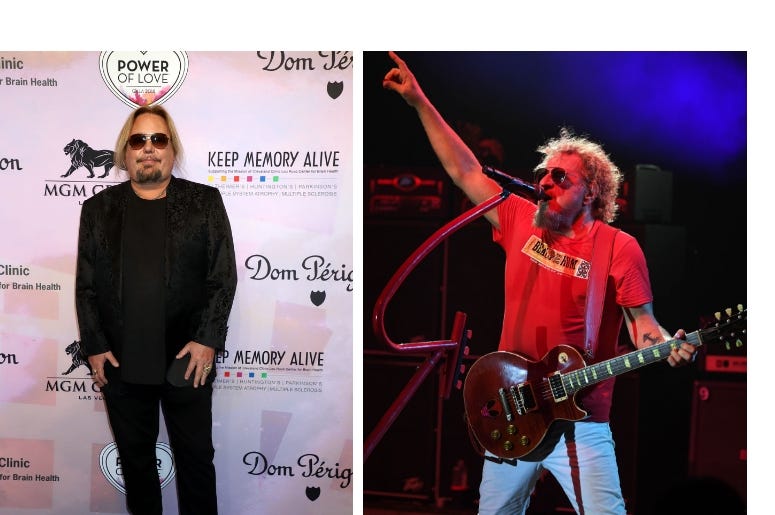 Meanwhile, as rumors continue to swirl about different versions of Van Halen reunions, former members Hagar and Michael Anthony just continue to do what they do best: rock! And, of course, there’s only one way to rock, as Hagar first taught us back on his 1981 Standing Hampton album.

“Crank up the drums, crank out the bass. Crank up my Les Paul in your face.” It’s a good start, but there has to be something more to rocking the right way. Hagar told us it all comes down to spontaneity.

“If you’re too rehearsed you start just playing the song, you read a newspaper at the same time,” Hagar said. “I like to be a little unrehearsed and never play the song exactly the same.”

Sammy Hagar & The Circle, which also includes guitarist Vic Johnson, will be doing the rock thing right on the road this spring. The band is on tour as they get ready to release their new album Space Between.