The Lumineers thought they had a great idea. As big Game of Thrones fans, Wesley Schultz and Jeremiah Fraites dug up an old musical bit they had come up with, developed it into something “icy” and “spooky” to fit the mood of HBO’s hit show, and submitted it in the hopes the composition would be used for the trailer.

“We wrote a very quiet song, and we kind of figured this is what we like; they’re probably not going to dig it, but here you go,” Schultz told RADIO.COM. “Sometimes that’s when the best things happen – when you stop trying to please someone and you’re just interested in it yourself.”

But it wasn’t to be. The Lumineers submitted the song last August and HBO passed. No hard feelings though. Schultz and Fraites are still watching Game of Thrones as intently as ever. They say the only challenge is waiting a week between episodes. Hear more in our exclusive interview above, including the title of the song they submitted to HBO. 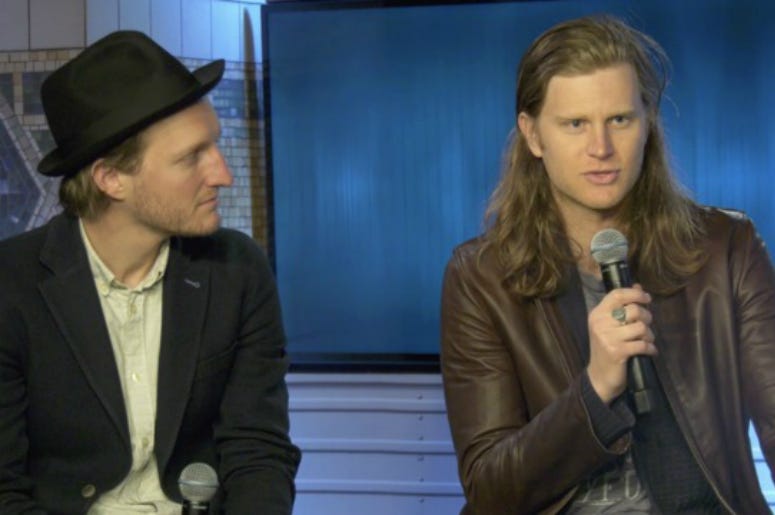 The Lumineers Reveal the Inspiration Behind New Single "Gloria"

The Lumineers third studio album III is due out on September 13th. They have a full slate of festival dates lined up starting with Hangout in Alabama on May 19th. Bonnaroo and Woodstock are also on the agenda. Get the full list of dates here.