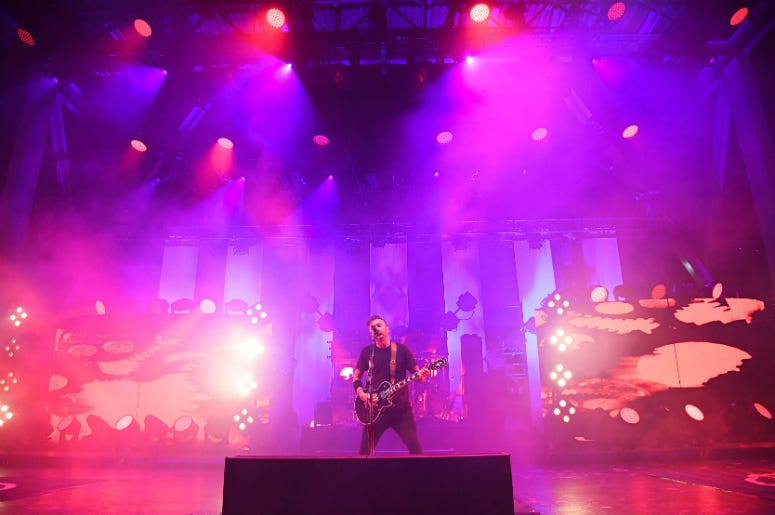 Politics and music and have intersected since the beginning of time. To hear Rise Against vocalist/guitarist Tim McIlrath tell it, some people start bands and then get political, but for him it was the other way around.

“The politics of hardcore and punk is what really attracted me to hardcore and punk,” he told Radio.com. “I feel like musicians who get political start their band and then manage to find ways to put things they're passionate about in their music. To me it was like the politics that actually triggered my interest in music.”

Listen to more from McIlrath below, including what would happen to Rise Against if there was nothing left to be mad about.

Rise Against recently released a collection of stripped-down versions of songs spanning the Chicago punk band’s career. One of the ten tracks on The Ghost Note Symphonies Vol. 1 is “Like the Angel.” It originally appeared on the 2003 album Revolutions per Minute. Hear an exclusive live acoustic version by McIlrath below.