A sweater worn by Kurt Cobain during his last photo shoot with Nirvana has sold at much more than expected. The cardigan with neutral colors went for $75,000 to a collector during a recent auction.

Cobain wore the sweater during a photo shoot in the summer of 1993 – just before Nirvana’s third studio album, In Utero, came out. Cobain was under the weather at the time.

SOLD for $75,000! A cardigan worn by #KurtCobain in his last photoshoot with #Nirvana taken in the summer of 1993 with photographer Jesse Frohman. SOLD TODAY in our “Music Icons” #memorabilia #auction @HardRockCafeNYC and online at https://t.co/TiME89MqlX! https://t.co/ahsXX3qbxg pic.twitter.com/mZmHg7wtig

“The shoot was meant to take place in Central Park in New York City, but due to Cobain being sick just hours before, the shoot was relocated to the basement of the hotel where the band was staying,” Julien’s Auctions noted of the item. “Cobain showed up three hours late to the shoot and immediately asked for a bucket due to his nausea.”

Julien’s Auctions explained that Courtney Love gave the sweater to an acquaintance at Cobain’s funeral, but it’s not clear if that person is the one who put it up for auction. 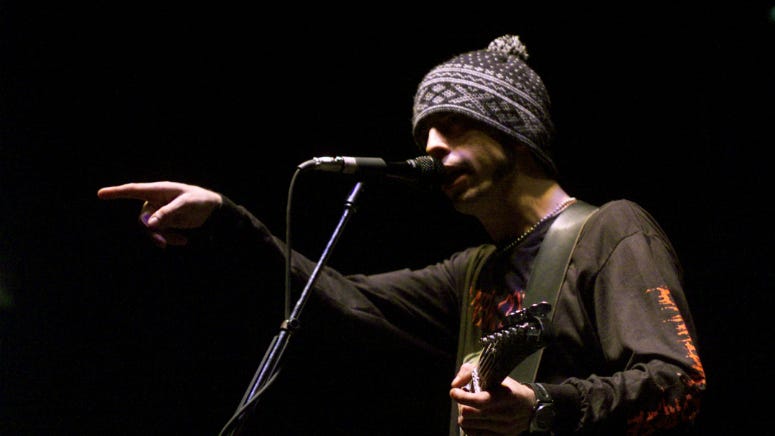 A second piece of Cobain memorabilia was sold at the same auction. Someone paid $22,400 for a used paper plate – complete with pizza grease – that featured a hand-written set list by Cobain. Julian’s says the frontman wrote song titles that included “In Bloom,” “Polly” and “Been a Son” on the plate at the 9:30 club in Washington, DC on April 23, 1990.