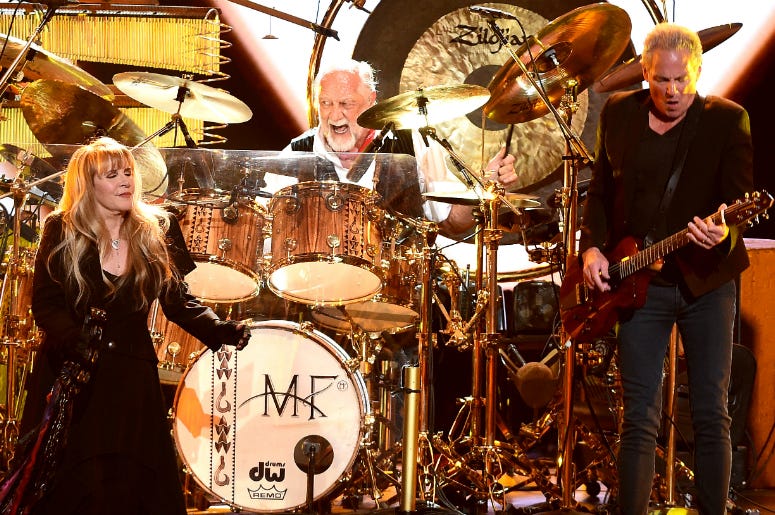 Another day brings another update in the ongoing Fleetwood Mac vs. Lindsey Buckingham saga. The band is now disputing allegations in a lawsuit filed by its former singer/guitarist. In a statement, a band spokeswoman says “Fleetwood Mac looks forward to their day in court.”

Buckingham is seeking his share of tour income because he says he is still willing and able to perform. He says he would have been paid at least $12 million if he wasn’t left on the sidelines.

Fleetwood Mac’s official story is that it had to go on without Buckingham because of his solo schedule, but Buckingham claims Stevie Nicks forced him out because of a personal beef.

In the meantime, both factions continue to go their own ways. Fleetwood Mac is on tour with new members Mike Campbell and Neil Finn. The band opened Friday’s show in Lincoln, Nebraska with “The Chain” and “Little Lies.”

Linsey Buckingham, meanwhile, is also on the (holiday?) road, and he’s including plenty of Fleetwood Mac songs in his setlist.