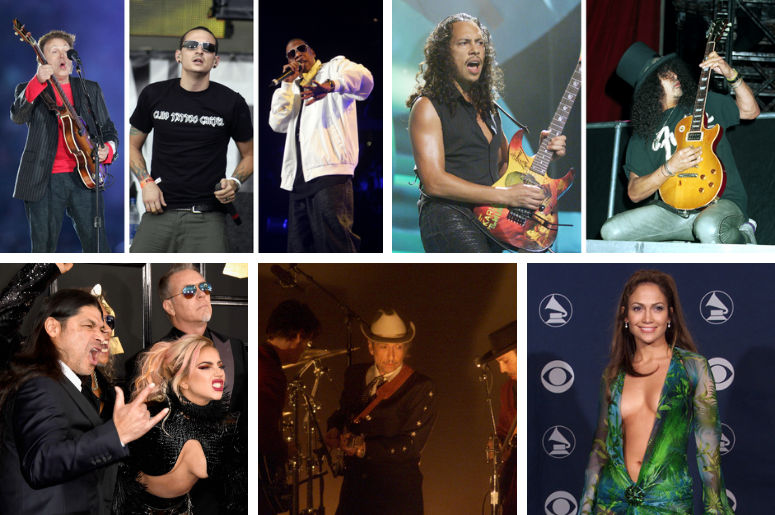 The 61st annual GRAMMY Awards are less than two weeks away, and we're already wondering what performances will have people talking on social media. Whether it's an unlikely cross-genre collaboration, a head-turning wardrobe choice, or just something completely crazy and unexpected, the made for TV event doesn't usually disappoint. 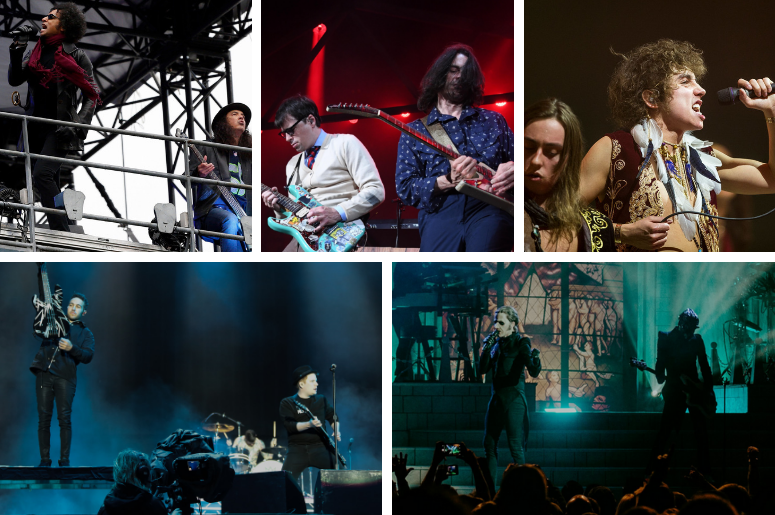 With that in mind, let's take a look at some unforgettable GRAMMY moments from over the years.

A stage-crasher known as "Soy Bomb Guy" made himself at home for more than 30 seconds while Dylan played as if nothing was happening. 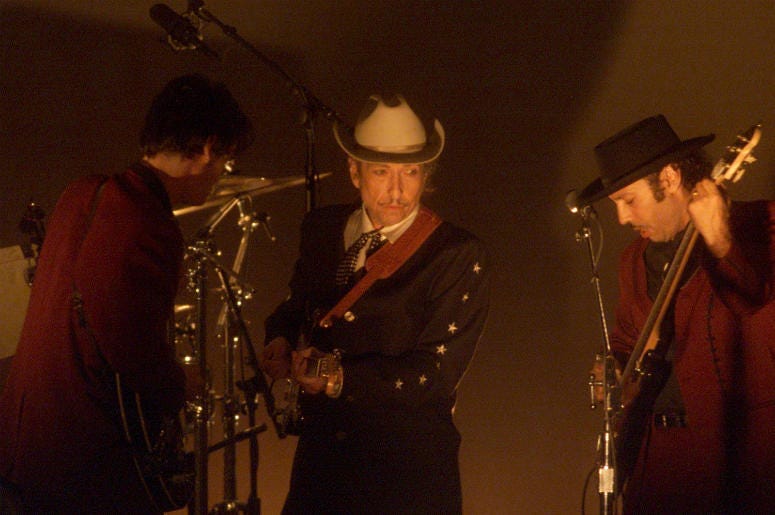 The classic performance Chester Bennington's band and the rapper's "Numb/Encore" and the Beatles' "Yesterday."

A picture says a thousand words. JLo's Versace was the star of the red carpet. 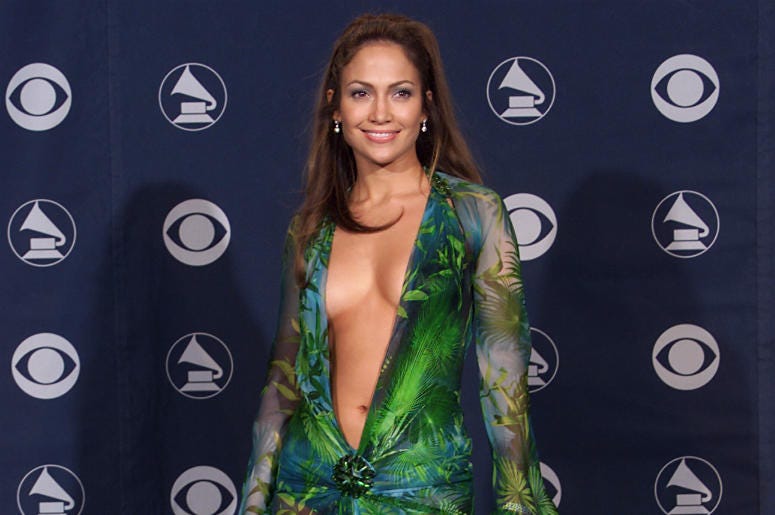 Two of the biggest, if not biggest, names in hard rock at the time were in the same place at the same time. Metallica performed "One," while Guns N' Roses performed "Patience." 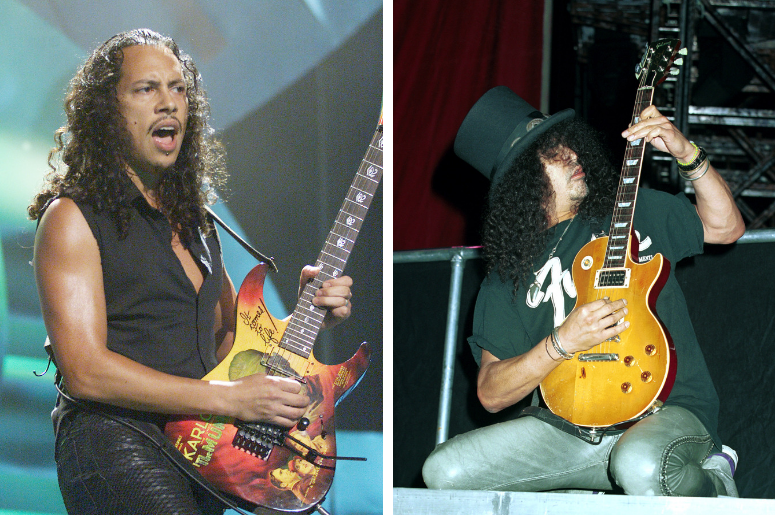 With the benefit of hindsight, it would have been no surprise that the A Star is Born star could hold her own with Metallica.