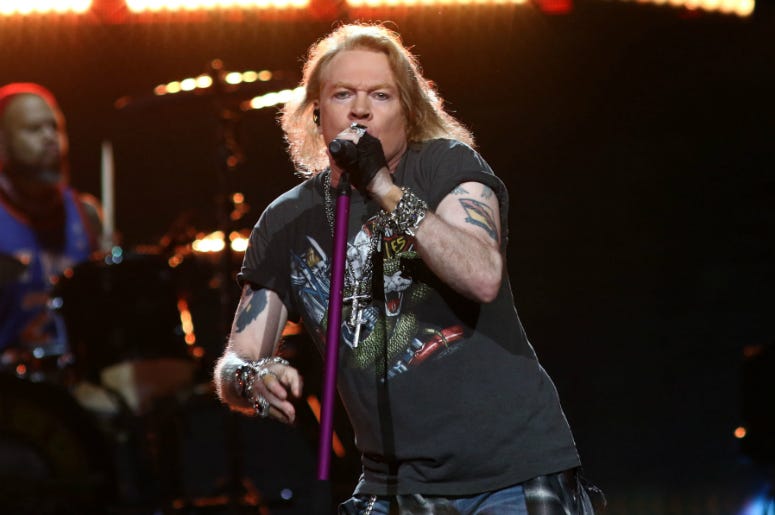 Guns N’ Roses traveled all the way to Abu Dhabi only to have to cut their show short. But the band, more specifically singer Axl Rose, didn’t give up without a fight.

Axl told the crowd he was dealing with a serious stomach illness and that we was doing the best he could after getting sick backstage. He managed to get through 17 songs, including “Sweet Child O’ Mine,” before calling it a night and ending with “November Rain.”

By all accounts, this was not a case of vintage Axl, who notoriously made touring difficult for Guns N’ Roses decades ago. Bandmates Slash and Duff McKagan both tweeted about Axl’s noble effort to make the Dubai concert happen.

Abu Dhabi, you guys were fucking great tonight! Axl was severely ill. But you all were hugely supportive. Thanks for that. We'll see again next time! Cheers! iiii]; ) '

Thank you Abu Dhabi! @axlrose pulled a damn miracle...the man was beyond ill, and pulled off something I've never seen in my 40 yrs of playing. You all pulled him thru. Til next time!

Guns N’ Roses won’t be back on-stage until November 29th in South Africa. That should be enough time for Axl to recuperate. The band’s fall tour ends December 8th in Hawaii.