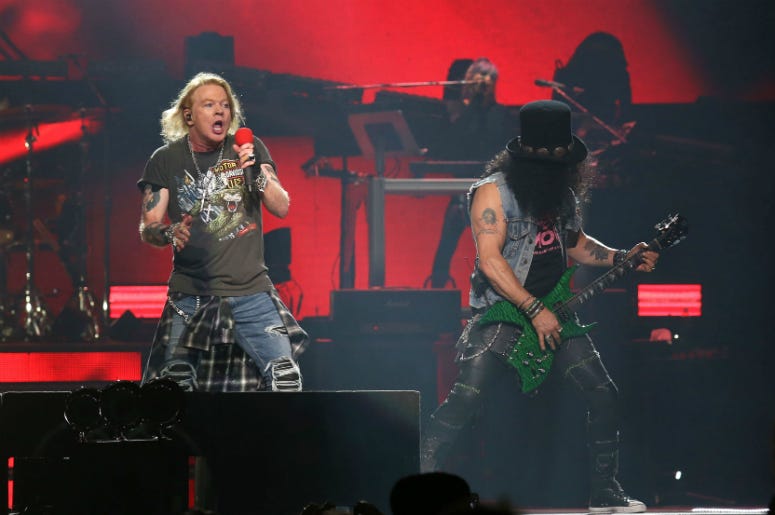 The year was 1991.  It had been more than four years since Guns N’ Roses had released its blistering debut, Appetite for Destruction, and fans were clamoring for something new. Sure, there was 1988’s Lies, but that was nothing more than four previously-released faux-live tracks and four new acoustic tracks.

While replacing drummer Steven Adler with Matt Sorum and adding keyboardist Dizzy Reed, Guns N’ Roses recorded enough material to fill two monster albums: the 16-track Use Your Illusion I, and the 14-track Use Your Illusion II. Both titles were released on September 17, 1991, creating a steady stream of traffic to the local mall record store. Little did fans know that would be the last original album they’d ever hear from Axl, Slash, Duff, and Izzy as a band.

Songs like “Civil War,” and “You Could Be Mine” have been blaring from speakers everywhere since that day, but it may be the elaborately-produced videos that went along with the albums that are most seared into the minds of hard rock fans. The trilogy of “Don’t Cry,” “November Rain,” and “Estranged” all go together, although some fans and critics were never quite sure how, aside from the morbid imagery and symbolism.

Lasting image – Slash driving his car over a cliff with a pretty blonde in the passenger seat.

How it ends – Axl standing by his own grave.

Lasting image – Slash shredding in front of a tiny church in the middle of nowhere.

How it ends – Axl standing by the grave of his new bride.

Lasting image – Axl jumping off of a freighter and swimming with the dolphins.

How it ends – Axl’s sneaker dropping to the bottom of the ocean.