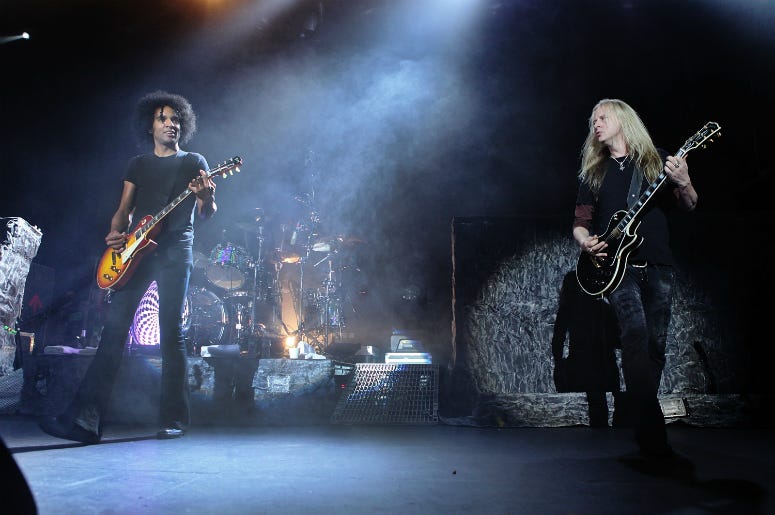 Not many bands can survive the loss of their lead singer, especially one as vital to their dynamic as Layne Staley was to Alice in Chains. But it was a natural disaster that first brought the band back together, as guitarist/vocalist Jerry Cantrell recalled to Metallica drummer Lars Ulrich on his radio show.

It was 2005 and Alice in Chains hadn’t released an album since 1996’s Unplugged. Staley’s long struggle with drugs had come to a tragic end in 2002, but Cantrell had never given up hope for the band behind 90s grunge staples like “Man in the Box” and “Rooster.”

“We had to think about this,” Cantrell told Ulrich. “This is our life. You know we created this and just because our friend is not here, it doesn't mean that this stuff isn't still alive and that still speaks to people.” 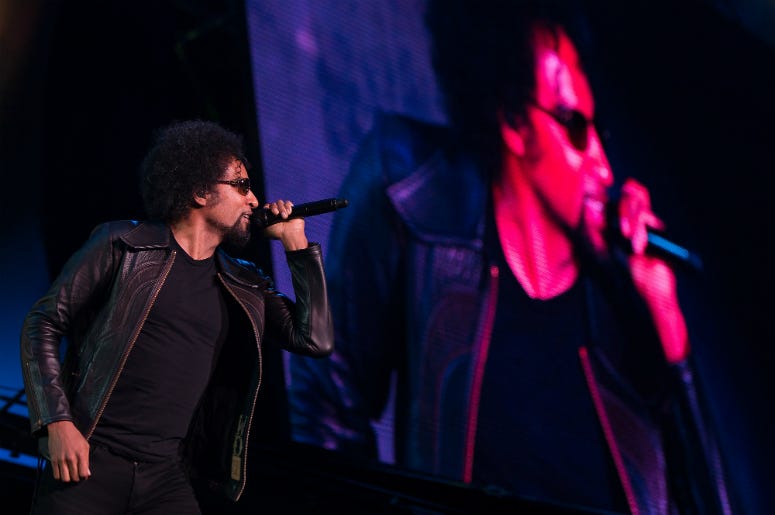 The turning point was the need to help others. In 2004, a powerful earthquake shook the Indian Ocean, sending a series of large tsunamis to Indonesia and other nearby nations. The damage led to more than 200,000 deaths, and it inspired drummer Sean Kinney to do something. He wanted to put the band back together for a one-off benefit concert.

“I kind of blacked out about half of that gig,” Cantrell said. “Just because of all of the emotional - a rawness of going through that experience, standing on the stage for first time without my buddy, you know?”

But Cantrell said it was also nice to be back on-stage with his friends and bandmates. One thing led to another, and the search for a new singer began. He knew William DuVall from his solo project’s touring band, and the two were able to recreate the trademark harmonies of Alice in Chains.

“We had a lot of experience on-stage of he and I doing what Layne and I did, and doing it pretty well,” Cantrell said. “And so when the conversation came up, between Mike (Inez) and Sean and I, I was like, ‘I think I know a guy to call.’”

Alice in Chains released its first studio album in 14 years with 2009’s Black Gives Way to Blue. The Devil Put Dinosaurs Here followed in 2013. And now 2018’s Rainier Fog is nominated for Best Rock Album at the 61st Annual GRAMMY Awards on Sunday. In our exclusive interview, the band revealed the story behind their 6th LP.