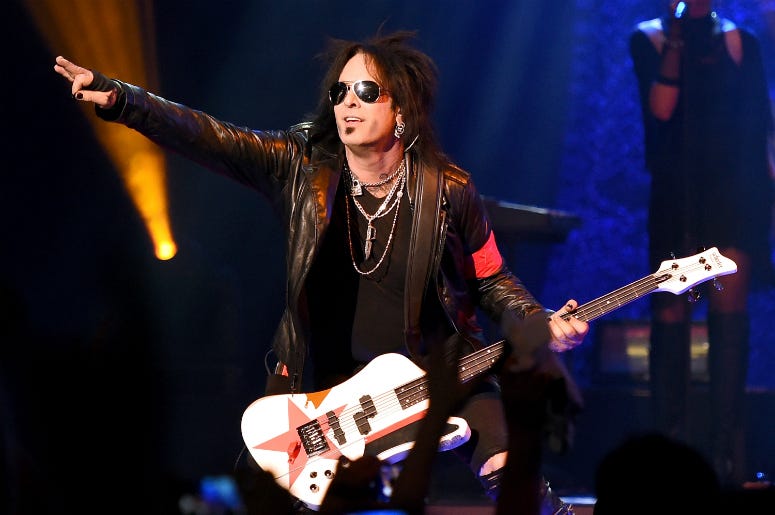 There are those who may wonder how 60-year-old Mötley Crüe bassist Nikki Sixx is going to be a dad again post-vasectomy. The procedure can be reversed, but that’s not what happened. There’s another way to make babies again called sperm-retrieval, and it doesn’t sound like much fun.

“She” is Sixx’s wife, Courtney. The 33-year-old is 5 months pregnant with a girl. Nikki has three children from his first marriage to Playboy Playmate Brandi Brandt and one with his second wife, Donna D’Errico, who was also a Playboy Playmate.

While Nikki and Courtney await the arrival of their bundle of joy, they can sit back and watch The Dirt on Netflix. The long-awaited Mötley Crüe biopic premieres on March 22nd. You can watch the trailer below.