KISS didn’t just play for a few hundred lucky fans at the Whisky a Go Go in West Hollywood last night, the band also put on a show outside the legendary club.

A tour bus dropped off Paul Stanley, Gene Simmons, Tommy Thayer and Eric Singer on the other side of Sunset Boulevard so the guys could make a grand entrance - all while stopping traffic along the famed stretch of asphalt.

Cameras were everywhere as a crowd of people gathered to watch the spectacle unfold. At one point, all four band members stopped right in the middle of the crosswalk to make it clear to drivers that they owned the moment. KISS then posed for pictures before disappearing into the club. 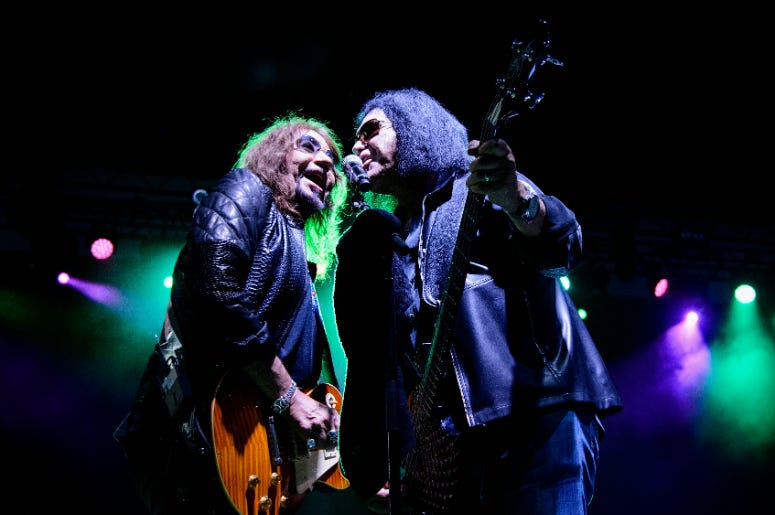 KISS opened the show with “Deuce” and also performed crowd favorites “Shout it Out Loud” and “Detroit Rock City” during their 12-song set. Their End of the Road world tour continues tonight down the street in Anaheim.

music
Kirk Franklin and Fred Hammond Join 'Verzuz' for 'Moment of Healing' on Sunday Night
music
Music Industry Plans to Pause to 'Disconnect From Work and Reconnect' with Community
music
Thomas Rhett and Wife Speak Out on Racial Injustice for Their Black Daughter
music
Halsey Says She Was Shot With Rubber Bullets During George Floyd Rally in Los Angeles
music
JAY-Z Calls Minnesota Governor 'As a Dad' to Talk About Justice for George Floyd
news
17,000 National Guard Troops Have Been Activated in Response to National Protests