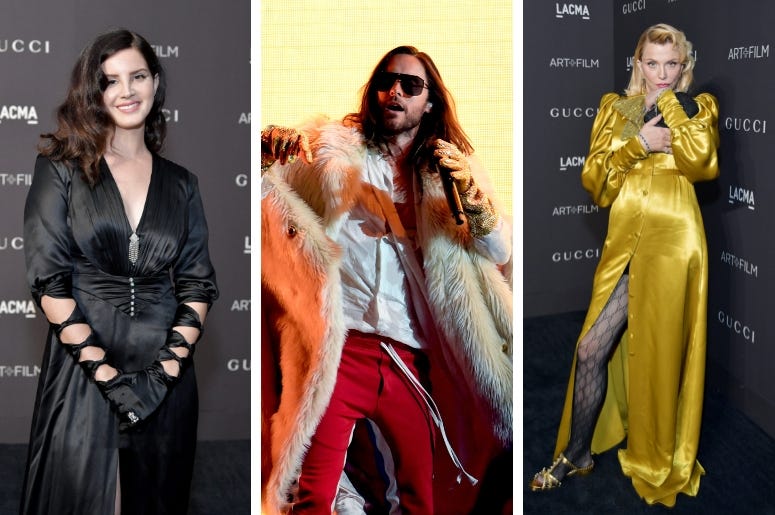 Lana Del Rey and Jared Leto have always had style – we know that much. Now the "Young and Beautiful" singer and the Thirty Seconds to Mars frontman are taking their fashion sense to the next level in a new ad for Gucci – complete with a cameo by Courtney Love.

Gucci says Del Rey and Leto play “individuals who live and love outside of social conformism to embody Gucci Guilty fragrances.” Love makes an appearance as a waitress who serves the couple.

Animals are also a theme in the ad. A snake, an ostrich, a tiger and an owl all get some screen time. Check it out below.

Del Rey just released another new track from her forthcoming sixth studio album, Norman F***ing Rockwell. Listen to "hope is a dangerous thing for a woman like me to have - but i have it” below.