For as long as the surviving members of Linkin Park leave the door open for making new music together, they can count on being asked about when it will happen. DJ Joe Hahn is the latest to provide hope to the fans who want the band to continue.

In an interview conducted by South Korean newspaper Yonhap and translated on Linkin Park Fan Club Worldwide, Hahn said Linkin Park has started talking about making new music together for the first time since singer Chester Bennington died in 2017. 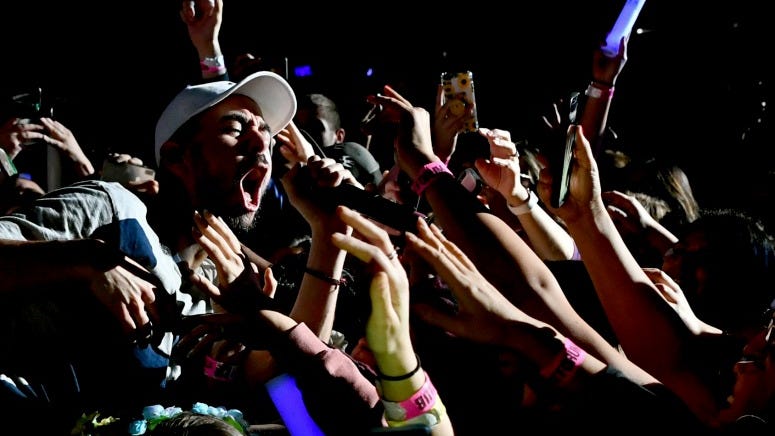 Take a Look Inside Mike Shinoda's 'Post Traumatic' Tour With His "I.O.U." Video

"He was our best friend,” Hahn said. “I miss him. The members are taking care of themselves and their families and are going through the problems in their own way.”

Hahn was not at all close to ready to say when new Linkin Park music could start to be thought of as a real possibility. He joked: “"Maybe in about 10 years? It might be sooner. I don't want to set a deadline. We just want to focus on the present and talk about music. We aren't discussing detailed plans. I just want to go back to those days when I made music in the warehouse."

Co-founder Mike Shinoda recently shed some light on whether Linkin Park would consider adding a new vocalist if they did move forward.

“I know the other guys, they love to get onstage, they love to be in the studio, and so to not do that would be — I don't know — almost unhealthy,” Shinoda told Germany’s Rock Antenne. “If doing that means that we need to have some other people in the mix in order to do it and do it well, then we would do that.”