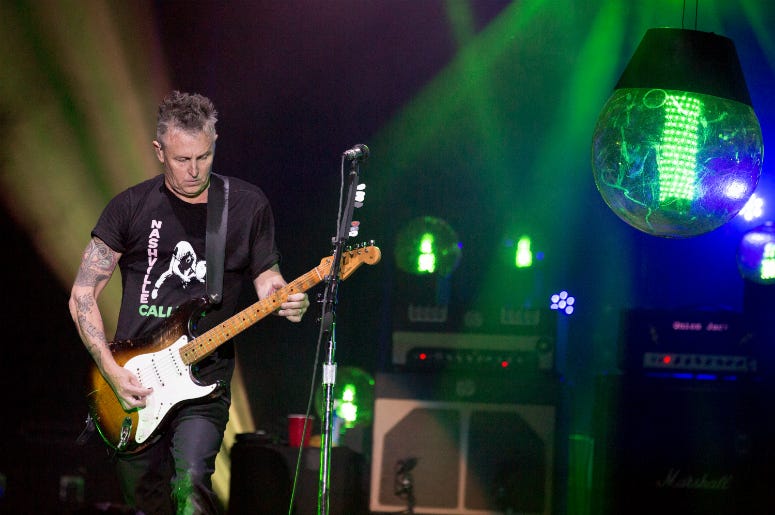 Pearl Jam guitarist Mike McCready will be heard, but not seen, in the new independent film, Sadie.

McCready scored the movie and we’re getting out first listen to one of the songs. It’s called “Show Your Colors.” The atmospheric track features Molly Sides and Whitney Petty of the Seattle band Thunderpussy.

Writer/director Megan Griffiths told Rolling Stone in a statement that McCready’s score was haunting and powerful.

“It works beautifully to amplify the themes of the film, and is also a gorgeous body of work to listen to on its own,” McCready said.

Sadie is described as the story of a devoted soldier’s daughter who is disappointed to learn her father is re-deploying. When she sees that her mom is developing feelings for a new man, Sadie channels her disappointment into a new mission: preserving her father's place on the home front.

The movie will be released tomorrow on certain digital platforms. Watch the trailer below.