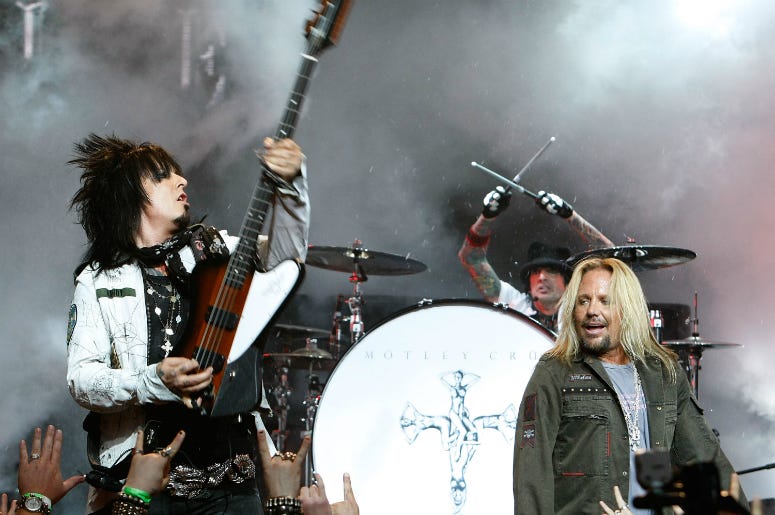 Mötley Crüe is everywhere these days as the band gets set to release its long-awaited, no holds barred biopic The Dirt. Not since the 80s when they were piling up hit singles like “Dr. Feelgood” and “Look That Kill” has the band gotten so much attention.

But Vince Neil, Nikki Sixx, Tommy Lee and Mick Mars also deserve a little love for the songs that never made it onto the radio – the songs that only the diehard Crüe fans who owned every album on cassette know and love. Here’s a look at some of the band’s best deep cuts in no particular order. Vote for your favorite at the bottom of the page.

We’re also giving you a chance to win a trip to Los Angeles to see the premiere of The Dirt. Click here to enter. The contest ends on March 10th. The movie debuts on Netfix on March 22nd. 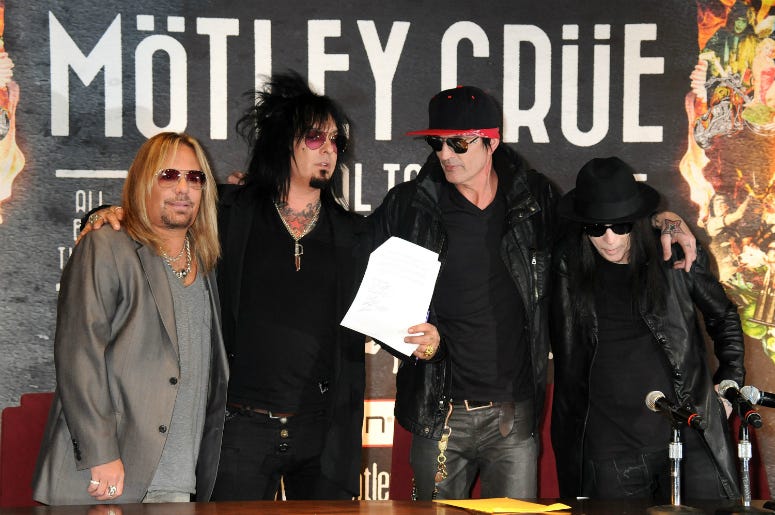 The title track and "Wild Side" were the best-known songs from this 1987 album, but "All in the Name Of..." proved to be a worthy show opener when drummer Tommy Lee was allowed to breathe a bit.

The lead track from the 1985 album that also included "Home Sweet Home" and "Smokin' in the Boys Room" plows forward with an ominous Mick Mars riff.

"Down at the Whisky" / Saints of Los Angeles

The only track from the band's modern era to make the list pays tribute to their old stomping grounds on the Sunset Strip.

"On With the Show" / Too Fast for Love

Mötley Crüe's debut album had more of a raw punk feel than the casual fan probably remembers, but this track was a preview of the power ballads to come - despite the dark lyrics.

"Piece of Your Action" / Too Fast for Love

Another track from the debut album that was actually released twice - in 1981 on the band's own Leathür Records, and a year later after being signed by Elektra.

The band returned to the studio clean and sober in 1989. The result was an album that didn't have many deep cuts because half to the tracks were hit singles. "Rattlesnake Shake" could have been one too.

"Red Hot" / Shout at the Devil

Mötley Crüe picked up the pace on side two of their breakthrough album with this frenetic track that edges closer to traditional metal.

"Ten Seconds to Love" / Shout at the Devil

A band known for sleaze and raunch never got any raunchier than this track that really could have been called "Ten Seconds to Orgasm." Mötley Crüe added some visuals when they got the crowd involved on their 2005-2006 Carnival of Sins reunion tour.

"Tonight (We Need a Lover)" / Theatre of Pain

An underappreciated Mick Mars solo moves the song closer to its breakneck ending.

Another nod to Mick Mars - this time for one of his best riffs. It may actually be the best song on the album, but plenty of fans would argue for "Live Wire."