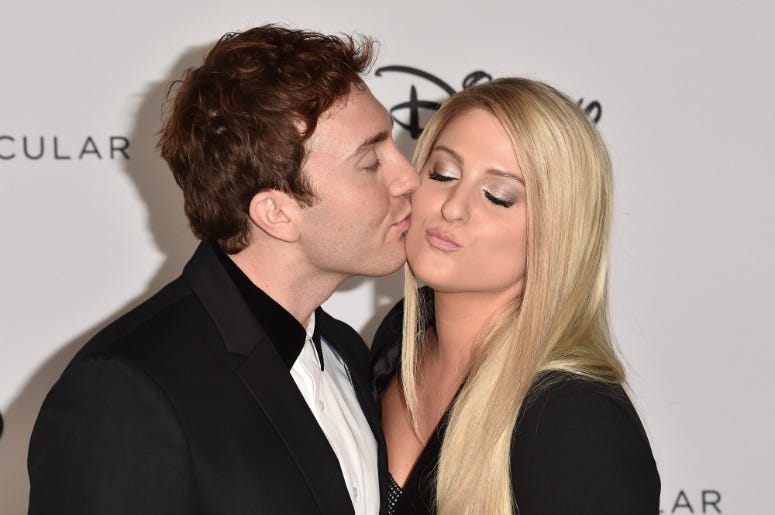 Meghan Trainor and Daryl Sabara are officially “More Than Friends.” The pop star and the man of her dreams tied the knot on Trainor’s birthday, December 22nd.

The “Me Too” singer tweeted a picture of her and her man on their big day with the caption: “I’m a wifey for lifey! Best Birthday ever!!!!!! Thank you everyone who helped make it happen… I love you forever and always @darylsabara.”

I’m a wifey for lifey! Best birthday ever!!!!!! Thank you for everyone who helped make it happen... I Love you forever and always @darylsabara 💝 @people @bertabridal pic.twitter.com/pqhjgqBiGS

Thank you mama for making us “just married” hoodies...best mama ever💝 pic.twitter.com/WfT7XqViIT

People magazine reported in an exclusive that the ceremony was held in the couple’s backyard in Southern California in front of about 100 friends and family. Trainor and Sabara recited vows that they wrote themselves before exchanging wedding bands.

Trainor told RADIO.COM before the wedding that she planned on getting a bouncy house, a waterfall of chocolate and Doritos for the ceremony that she only texted invitations to. We can not confirm whether she delivered on her promises.