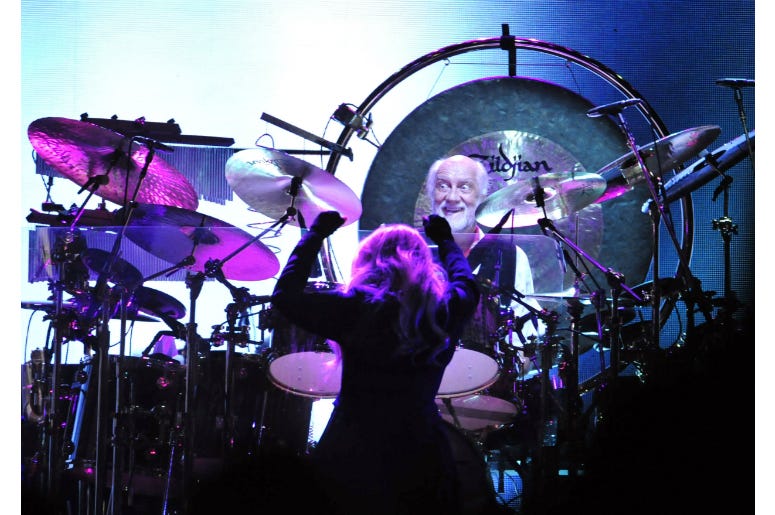 Many Fleetwood Mac fans were less than thrilled to learn that legendary vocalist and guitarist Lindsey Buckingham would not be joining the band on the road this fall.  The band fired him in April over disagreements and scheduling issues surrounding the tour, which begins October 3rd in Tulsa.  But have no fear, says drummer Mick Fleetwood.  The band will be just fine.

Fleetwood opened up about the dramatic changes in an interview with Billboard. He called the surprising additions of Neil Finn of Crowded House and Mike Campbell of the Heartbreakers a move that made sense simply because it felt right. He also wished Buckingham well.

“The reality was, in simple language, we weren't happy, and the details of that are part of the fabric, almost, of the story of Fleetwood Mac,” Fleetwood told Billboard.  “We weren't expecting this time, but it also does not seem surprising.”

The revamped line-up debuted on The Ellen Show earlier this month, playing staples “The Chain” and “Gypsy.”

Fleetwood says fans can also expect the two new additions to have an impact on the set list for the upcoming tour.

“I won't give you the song titles, but we also have two really talented gentlemen who have their own story to tell, and Fleetwood Mac is more than loving being able to pay a tribute to from whence these two gentlemen have come,” Fleetwood said. “It is hugely appropriate that we're doing a Tom Petty and Mike Campbell song on stage, a Heartbreakers song.”